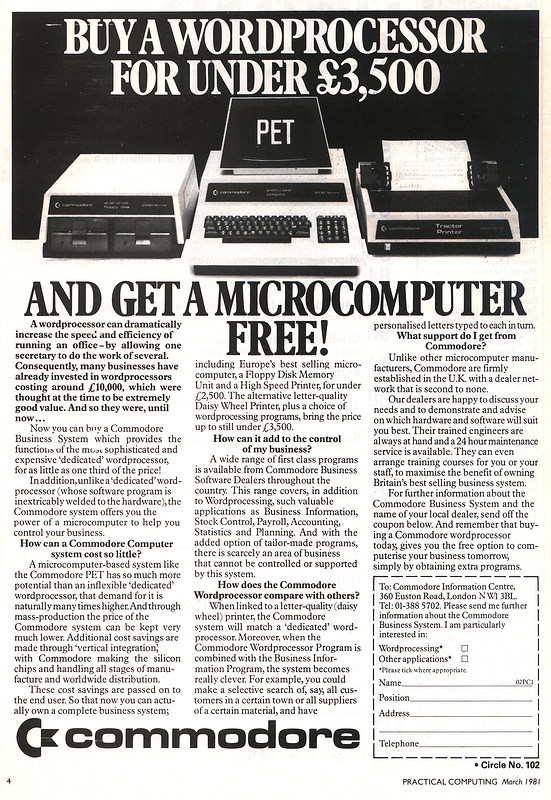 "Buy a wordprocessor for under £3,500 - and get a microcomputer for free"

According to Guy Kewney, writing in December 1979's Personal Computer World, the reason for this was that "the Computer Industry sells Word Processors to the hapless by saying that the machines can do the work of a great many typists". However, David Butler of Butler, Cox and Partners, speaking to a group of Datapoint users, said that this was a fallacy, with secretarial costs amounting to no more than 10% of office expenses and with only 40% of a secretary's time actually devoted to typing. The suggestion, somewhat obviously, was to make equipment cheap enough so that the manager could feel happy about buying it. Even so, £3,500 for a word processor was not remotely in the same league as an American software house which at the end of 1979 released a Fortran compiler written in Pascal with a price tag of £125,000 - about £700,700![1]