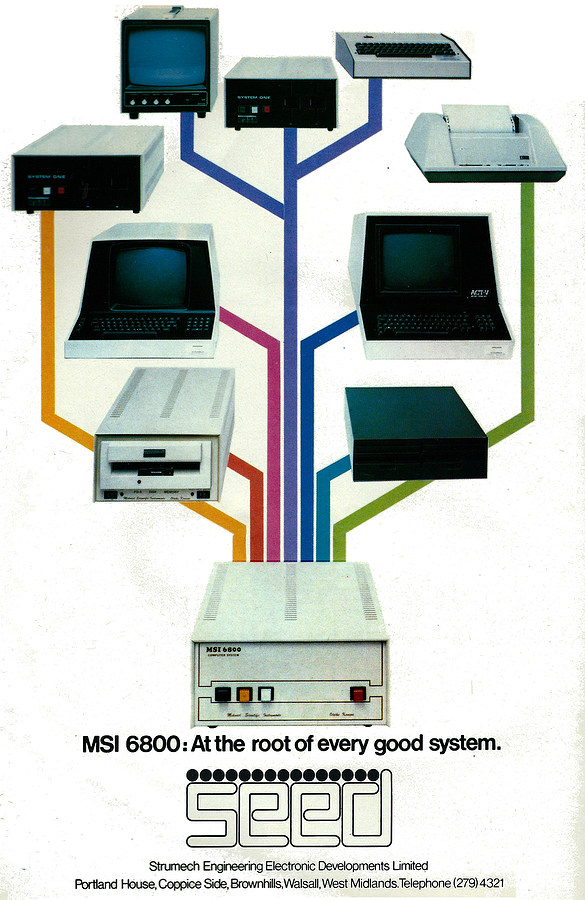 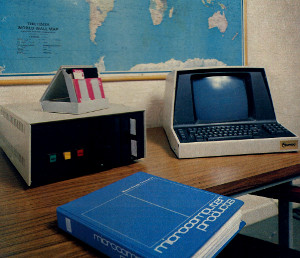 An MSI 6800 set up on the front cover of Personal Computer World, June 1979The MSI 6800, from Midwest Scientific Instruments, was a Motorola MC6800-based system running at 2MHz on SWTPC's SS-50 bus. The MC6800 could nominally support 64K of memory, but because the MC6800 had no direct I/O lines, I/O had to be done through memory, leaving an effective limit of 56K. The machine also appeared unusual in offering "STRUBAL" - a hybrid structured BASIC language, combining aspects of BASIC, PL/M and assembler.

Reviewed in June 1979's Personal Computer World, the MSI 6800 did quite well, with archetypal techno-nerd Stuart Danton, formerly a consutant with ICL Dataskil, writing that "System One is a well composed piece of hardware. It is well constructed, generously laid out and should give the potential owner reliable service", although he also noted that Hi-Fi enthusiasts might be concerned that disk access could cause some bleed-over on the FM radio band, which was actually detectable on a stereo. The starting price for the 6800 was around £1,674, or around £9,380 in 2021 - aparently this was "amongst the most competitive on the British market today"[1].

The MSI 6800 also featured in some ground-breaking research undertaken at the Royal Postgraduate Medical School at Hammersmith Hospital in London. In one project funded by a Department of Health and Social Security grant, the MIS was hooked up to an ultrasound scanner and used to study the movement of foetuses or blood flow around the body. Software could analyse the ultrasound echoes to pick out information that was not directly visible. Elsewhere, an MSI 6800 had replaced on old paper-tape-based system connected to a blood-testing Coulter Counter, which analysed over 500 samples per day. The choice of the MSI was largely down to an engineer in the Child Health Department, Paul Collins, who had been experimenting with Motorola's 6800 chip "for several years" in work led by Professor Wootton, head of the Department of Chemical Pathology. The MSIs had been supplied by the same as featured in this advert - Strumtech Engineering Electronic Developments, or SEED. SEED, of Walsall in the West Midlands, was said by the hospital to be "extremely helpful" in assisting with their various projects. The work with the MSI also led to minicomputer supplier CTL making it an optional addition to its Phoenix medical package[2].