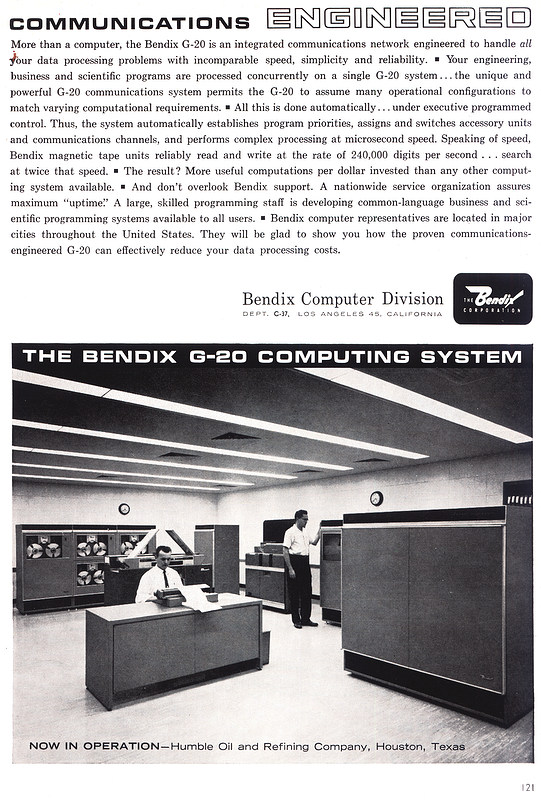 Hot on the heels of Bendix's valve-based G-15 computer came the G-20, built with transistorised modules. According to Wikipedia, it had 32k 32-bit-word memory (loosely 128Kb) with a 6μsec cycle time (very loosely equivalent to a 170KHz clock speed). More revealingly, the 84 milliseconds the G-20 took to divide a number gave meant it could do about 170 thousand floating-point operations a second. In contrast, in 2008, AMD released a graphics card that could do 1 million million floating-point operations in a second. A dual-CPU version of this system, the G-21, could be used to play the early computer game "Space War" as well as Chess (via teletype). This advert shows a classic "computer the size of a room" in operation at Humble Oil and Refining Company, Houston, Texas.