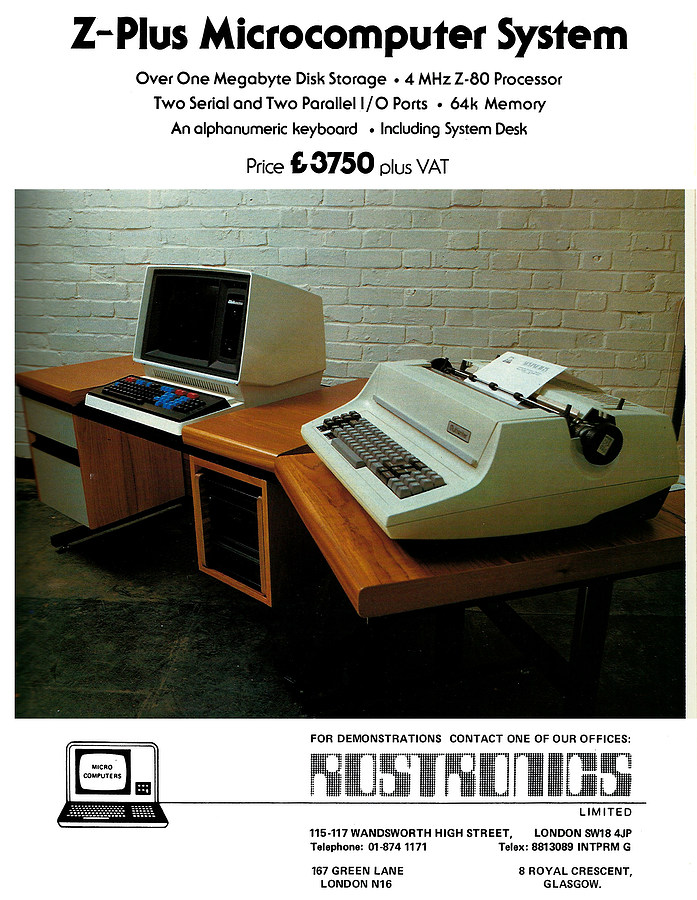 What was otherwise a fairly standard system - Zilog Z80 CPU, IEEE S100 bus, Digital Research's CP/M and Microsoft BASIC - the Micromation Z-Plus is worthy of a mention simply because it was perhaps the ultimate in "computer as furniture", raising the bar compared to Smoke Signal Broadcasting's "stylish leather-grained cabinet" or the many S100 boxes of the time that feature some sort of wooden box construction. In this case, the computer itself came in a 29" by 10" box with walnut veneer sides, which was "very easily scratched [when] removing it from its home"[1]. This in turn, along with all the other guff like disk drives and the monitor, was supplied in a custom-made teak desk. The downside of this was that, whilst it may look nice at first, it would require various forms of actual woodwork in order to expand the system, for instance cutting out extra holes with a jigsaw in order to run cables for extra disk drives and so on.