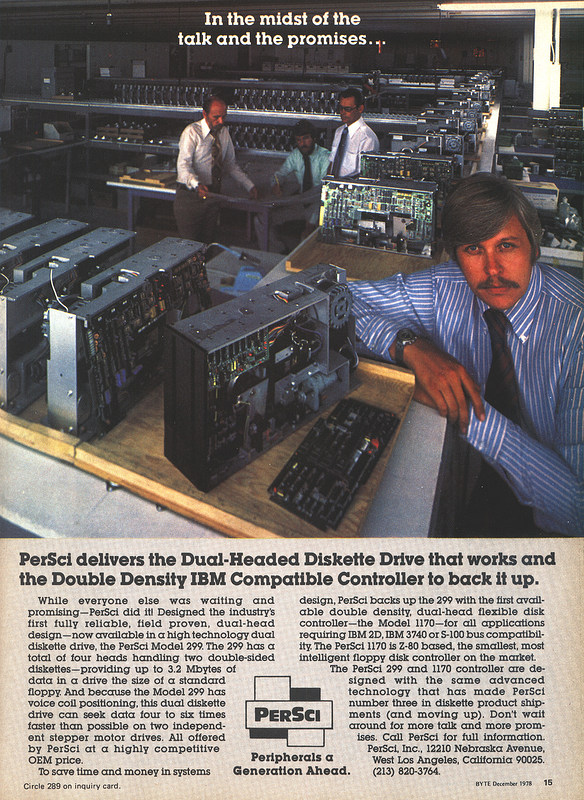 Peripheral Sciences, or PerSci, with its dual-headed dual-floppy unit was going up against companies like Shugart which had just introduced the 5¼" floppy. Apart from size, these huge 8" drives still had some advantages as they were capable of storing a total of 3.2Mb, when the very first "Winchester" hard drives could generally store only 5 or 10Mb. They were IBM compatible, but not in the sense of the PC, which wouldn't be launched for another 3 years, but in terms of IBM's 3740 media devices. Still, it's a nice advert showing hundreds of the drive units on a production line, at a time when it was still common to advertise just a floppy unit which often cost more than the computer it was attached to - about $1000 in 1977, or £4,680 in 2021 terms. The price of floppy drives had dropped to around £5 for a 1.44Mb 3½" floppy by 2001.