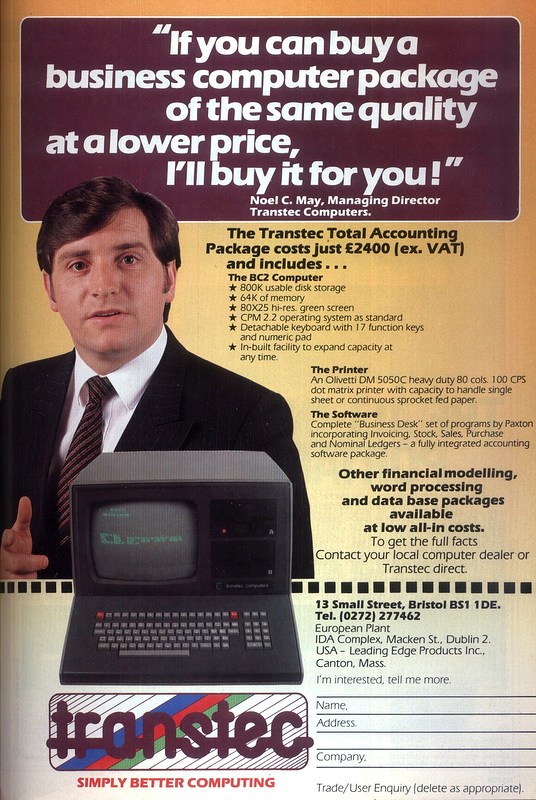 Transtec: If you can buy a business computer package at a lower price, I'll buy it for you

So says Noel C. May, the managing director of Transtec Computers in one of those advertising claims that would be great to know how often had to be fulfilled. The machine, known as the "BC2", had a Z80 CPU with 64k memory running CP/M 2.2 and twin 5.25" diskdrives with a total storage of 800kb. It shipped with a printer and bundled accounting software (purchase and nominal ledgers, etc) and could be had for £2,760 (with VAT) - a snip at around £12,500 in 2013 money.

There's not much about the machine or the company, although there are several "Transtecs" still in business, one of which (now based in Germany) claims the requisite "more than 30 years in IT". Transtec seemed to have some international coverage, at least, given their Dublin, Bristol and Massachussetts adresses. However it could equally be another example of a machine and company that came and disappeared without trace.