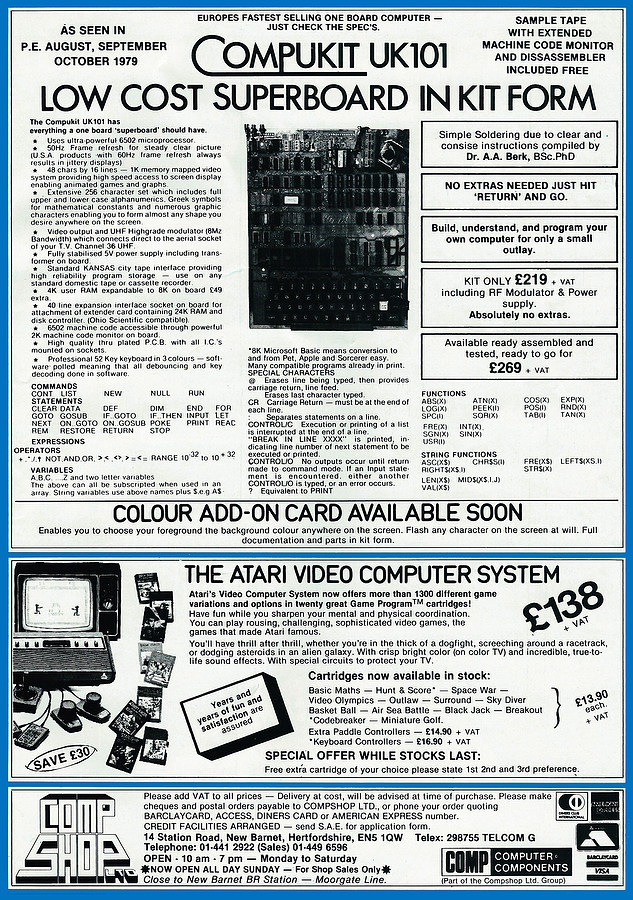 The Compukit UK101 was effectively a UK clone of Ohio Scientific's Superboard - the one-board computer that, via the updated version the Superboard II, gave rise to Ohio's "big room" machines like the C3-B. Originally produced in kit form, with a series of articles in Practical Electronics covering how to build it and parts available from Comp Shop (the advert's sponsor), the UK101 improved slightly over the Ohio original by having a 48x16-character display (instead of the original 24x24) as well as having UK UHF output and a UK transformer[1]. It retailed for £250, including VAT, in kit form - about £1,230 in 2021 money.