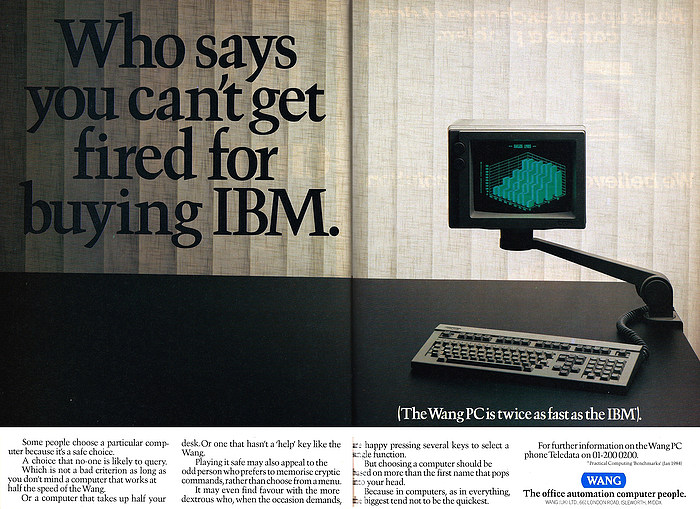 Who says you can't get fired for buying IBM 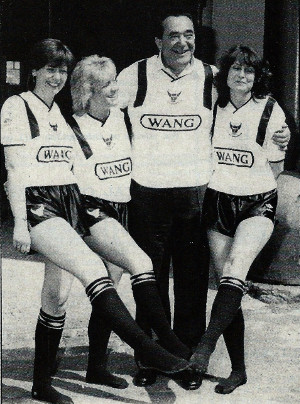 Robert Maxwell, owner of Oxford United FC, with some women in United kit, © Personal Computer World, November 1985Wang, founded in 1951 by Dr. An Wang and Dr. G. Y. Chu, was a US computer company based in Massachussetts, US, which, at its peak in the 1980s generated revenues of $3 billion before fizzling out, via various buy-outs, in 2008[1]. The company wasn't huge in the UK, but did have its machines selected for a DTI Office Automation scheme at the National Coal Board and also sponsored football team Oxford United for the 1985/86 season to the tune of £300,000[2]. Oxford United was owned by Robert Maxwell, who had recently walked away from a £12 million rescue of Sinclair.

Wang's Personal Computer was also around in the UK - a machine with a slightly-better 8086 CPU compared to the IBM PC it was up against but not compatible with the IBM at hardware level, leading to software compatibility issues and subsequently a lack of software. Relatively few well-known packages were available, although Microsoft's MultiPlan was one of them.