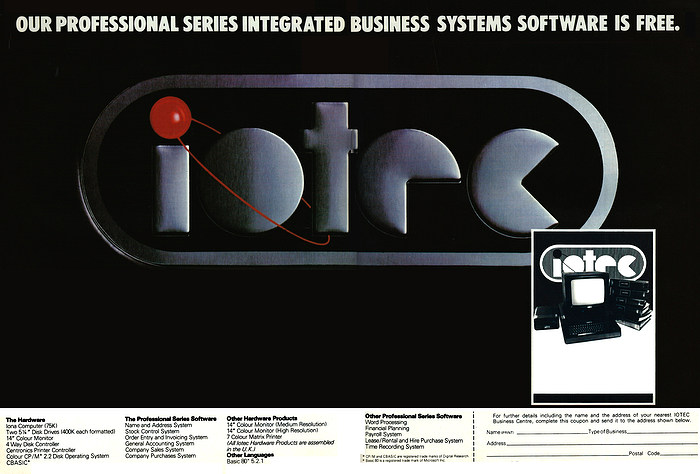 Winner of the award for most puzzling advertising campaign must surely go to Iotec, which for the best part of a year seemed to feature adverts all in black with just the word "iotec" on them, or with the word "iotec" and a pile of snow for a bit of a change around Christmas. There was seldom anything else on the advert, until this one, featuring a dodgily-added small photo of the machines plus some technical details.

Much like the adverts, there's not much to go on the company, but the computer - called the Iona - appeared to be a Z80 or 8080 with a slightly peculiar ration of 75K RAM. It ran CP/M, had two 400K 5.25" floppy disk drives and shipped with CBASIC. All the usual office-systems guff was available - stock control, invoicing, general accounts and so on - as a "freebie". Perhaps that's why the price isn't mentioned anywhere.