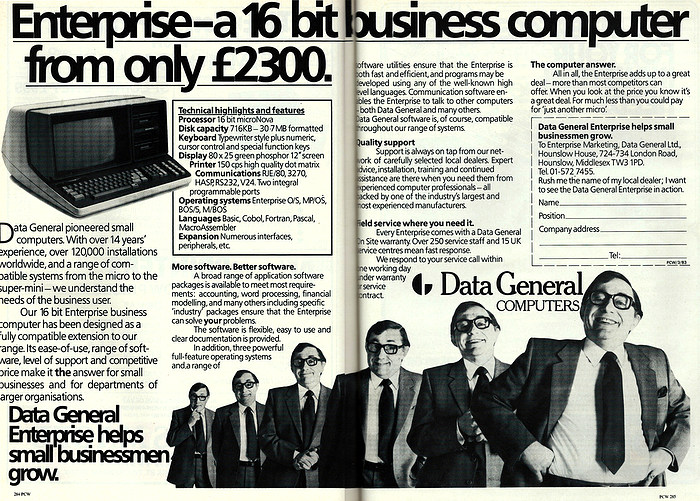 Data General was a 1970s minicomputer maker which makes the bold claim of having "pioneered small computers" and the more provable claim of having 14 years' experience in the industry. It was also the star of Pulitzer-prize-winning book The Soul of a New Machine[1].

DG's follow-up machine, Desktop Generation, was launched in July 1983 in New York, an event for which several dozen European journalists were flown over in Concorde.

The Enterprise machine itself used an unusual 16-bit microNova processor and ran several less common operating systems: Enterprise O/S, MP/OS, BOS/S and M/BOS. It's perhaps for this reason that Guy Kewney of Personal Computer World said of the follow-up DG that Data General has "finally woken up and produced a sensible micro system"[2]. The machine retailed for £2,300 - about £7,920 in 2021.