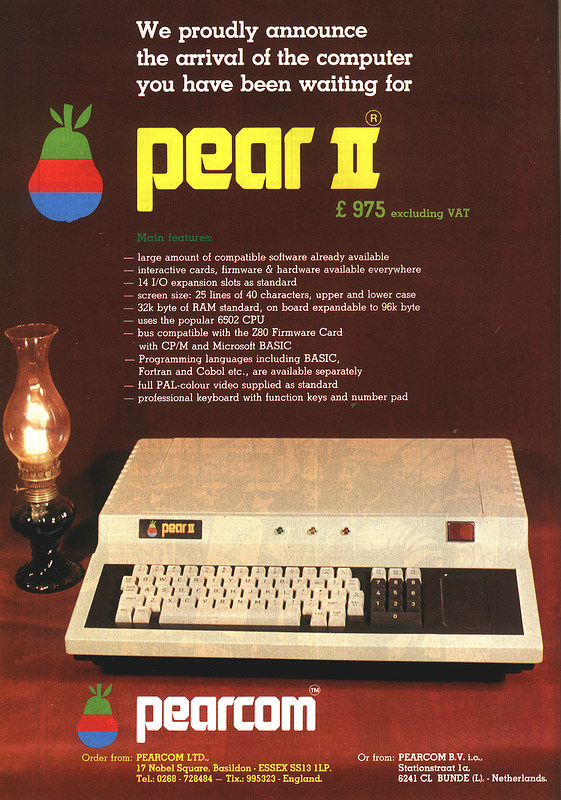 This advert appears to be a brazen attempt to sell an Apple II clone machine, but unlike Franklin's Ace 1200, had the extra "beyond the call of duty" feature of even naming the machine and company after another (not altogether dissimilar) fruit, as well as giving it the same "II" model number. Pearcom are listed in Wikipeda as Apple clones and another reference here also suggests that it was a clone - at the time, before Apple clamped down, there were several rip-offs as well as legitimate licensed clones on the market. Certainly, the specification seems to support this, with a 6502 processor and a Z80 on an add-in card, just like the Apple II. It came with 32K RAM, expandable to 96K, had 40 columns x 24 rows on-screen display and had 14 expansion slots. It was supplied with BASIC (also like the Apple II) but could also run COBOL if a Z80 card was installed[1]. Not surprisingly, the company was soon "persuaded" to change the name of their machine. Quite what an oil lamp had to do with selling computers is not clear, but it retailed for £1,100 - about £4,600 in 2021 money.