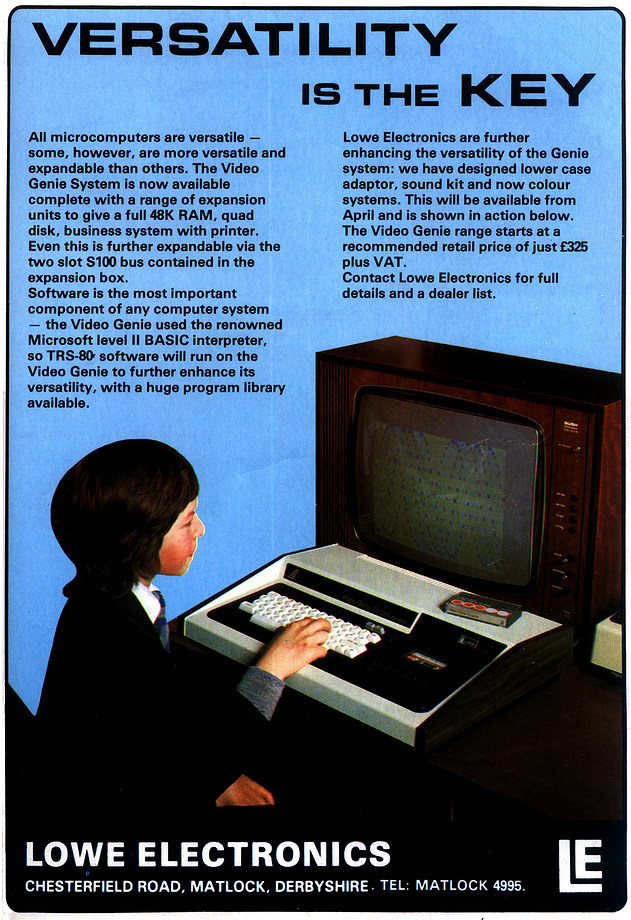 "Versatility is the Key - The Video Genie System"

The EG 3003 Video Genie System was a sort-of TRS-80 Model 1 clone, made by enigmatic Hong Kong electronics company EACA and distributed in the UK by Lowe Electronics. Lowe, an established company that was also known for its amateur radio equipment, had wanted to secure the VIC-20 franchise but had insisted on being the sole distributor, a demand which cut no ice with Commodore. Instead, it went with the Colour Genie franchise, which it had the exclusive on[1]. Lowe had been distributing EACA's original VGS micro since it at least April 1980[2].

It also stands out as possibly the largest console around - looking more like a 1970s synthesizer than a computer, especially, as seen in this advert, when coupled up to a rather large veneered television. For the specification, which was unusually (for a home computer) based on the older S-100 bus, it was reasonably cheap - £370 is about £1,550 in 2020.