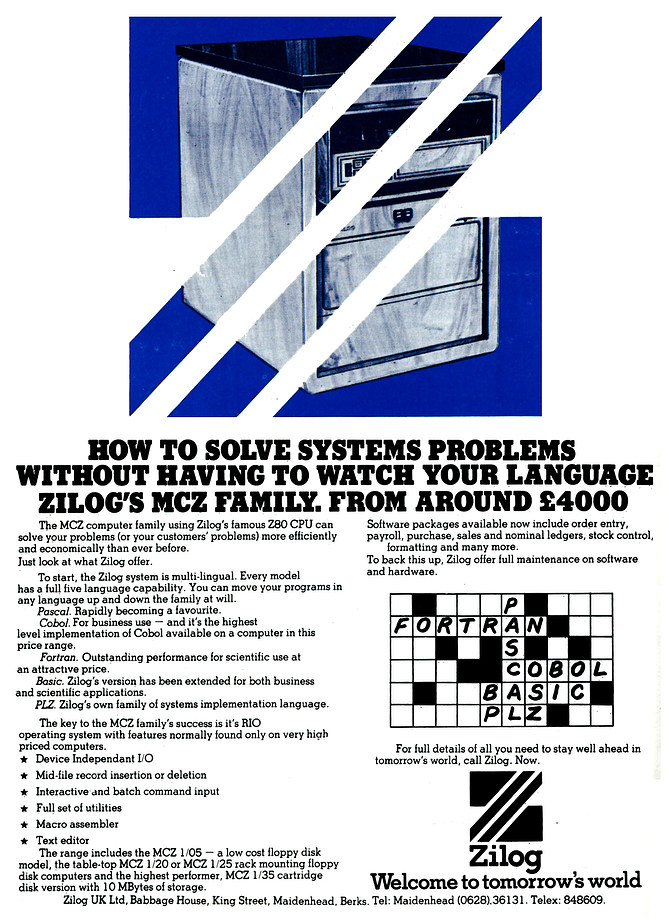 A rare advert from Zilog for its MCZ range of micros - everything from an entry-level floppy-disk-based model up to the MCZ 1/35 rack-mount machine with 10MB storage. The entry-level "low cost" machine retailed at around £4,000, or in the region of £22,400 in 2022.