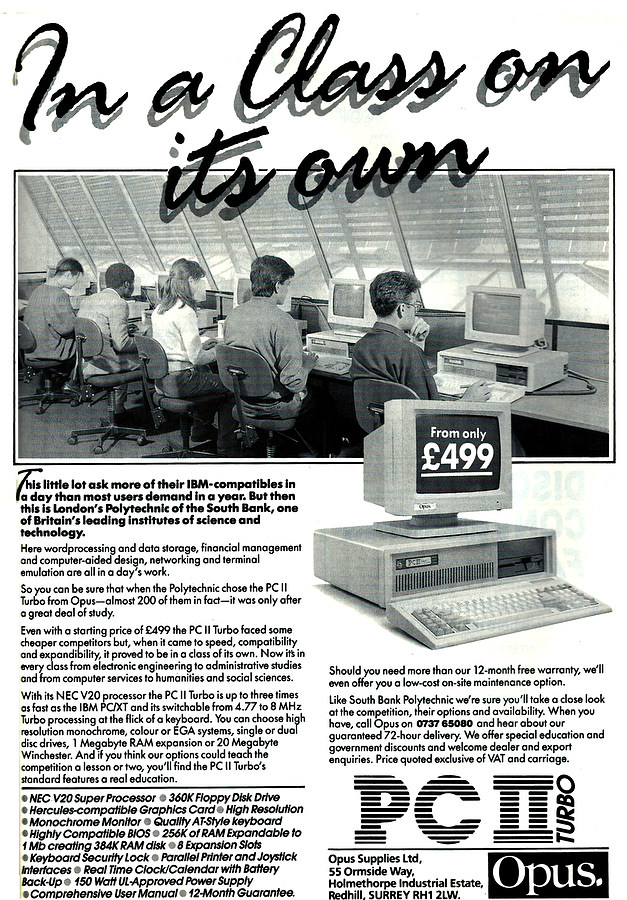 In a class on its own: Opus PCII

Opus was another of those companies (like Memotech) that had started out as a technology supplies company, selling things like the Discovery system for the Spectrum (this combined a 3.5" disk drive and additional interfaces with a monitor output and power supply[1] and retailed for £200, or £620 in 2021) before seeing the value of the IBM PC bandwagon and jumping on. Otherwise, the Opus PC II was a fairly generic IBM compatible, although it used the unusual NEC V20 CPU instead of an Intel 8088 (or 80186 with which it was instruction-set-compatible[2]). Retailing from £575 (£1,640 in 2021 money), the Opus range of PCs appeared to do well in academia, at least judging by this advert's mention of an order for 200 machines from London Poly and their widespread use at Plymouth Polytechnic[3]. I also purchased several Opus machines (PC III, IV and V's) for work during the late 80s and early 1990s, so this advert is really included solely for that reason.