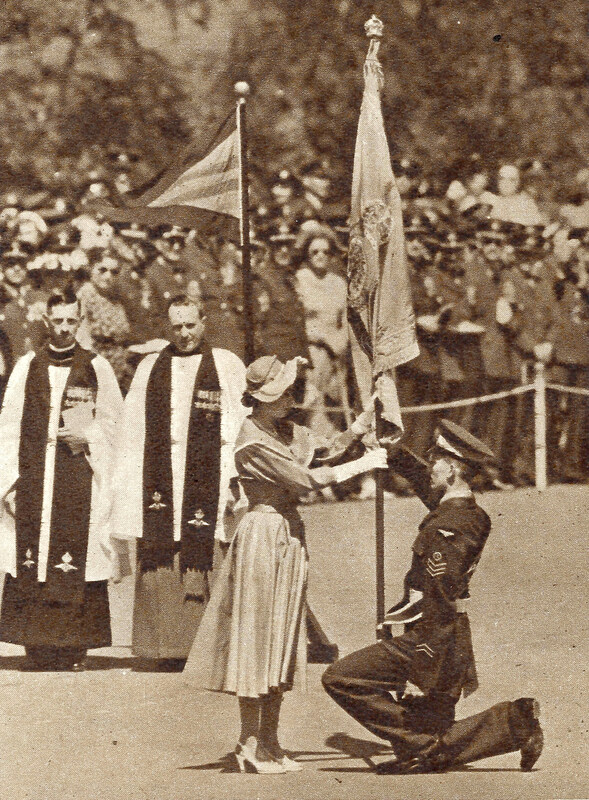 25th July 1952: The Queen presents the colour to Sergeant Apprentice F. M. A. Hines, who received it on behalf of the No. 1 School of Technical Training. Lord Trenchard was also present. This archive is based on a box of stuff I "inherited" after the 2019 reunion of the 69th Entry to the RAF's Aircraft Apprentices technical training scheme, which was based at the No. 1 School of Technical Training at RAF Halton between 1922 and 1993.

The archive is a collection of memorabilia, a few historical photos, a large collection of paperwork to do with the running of the reunion committee, a comprehensive collection of 69th Association newsletters, and many photos of reunions since the first in 1994. It is also supplemented with a number of photographs from the Imperial War Museum photographic collection, which are used with permission under their non-commercial with-attribution licence.

An "Entry" was one of two or three intakes of apprentices, known as "Brats", per year to the scheme, which had been started in 1920 in order to produce qualified aircraft technicians who would, hopefully, go out into the wider RAF armed with a high level of training. Graduates of the scheme are known as Old Haltonians.

The 69th Entry commenced training in September 1951 with a combined strength of 357. About 208 apprentices of the Entry graduated on July 26th 1954. It is the Entry which included my old man, hence the interest.

The 69th ended up referring to itself as The Royal Entry because it was picked to represent all of RAF Halton at the Coronation in 1953, where it lined part of the route along Regent Street. It was also one of several Entries in residence and on parade when Halton received the Queen's Colour in 1952, in a ceremony which was one of the new Queen's first ever official engagements. 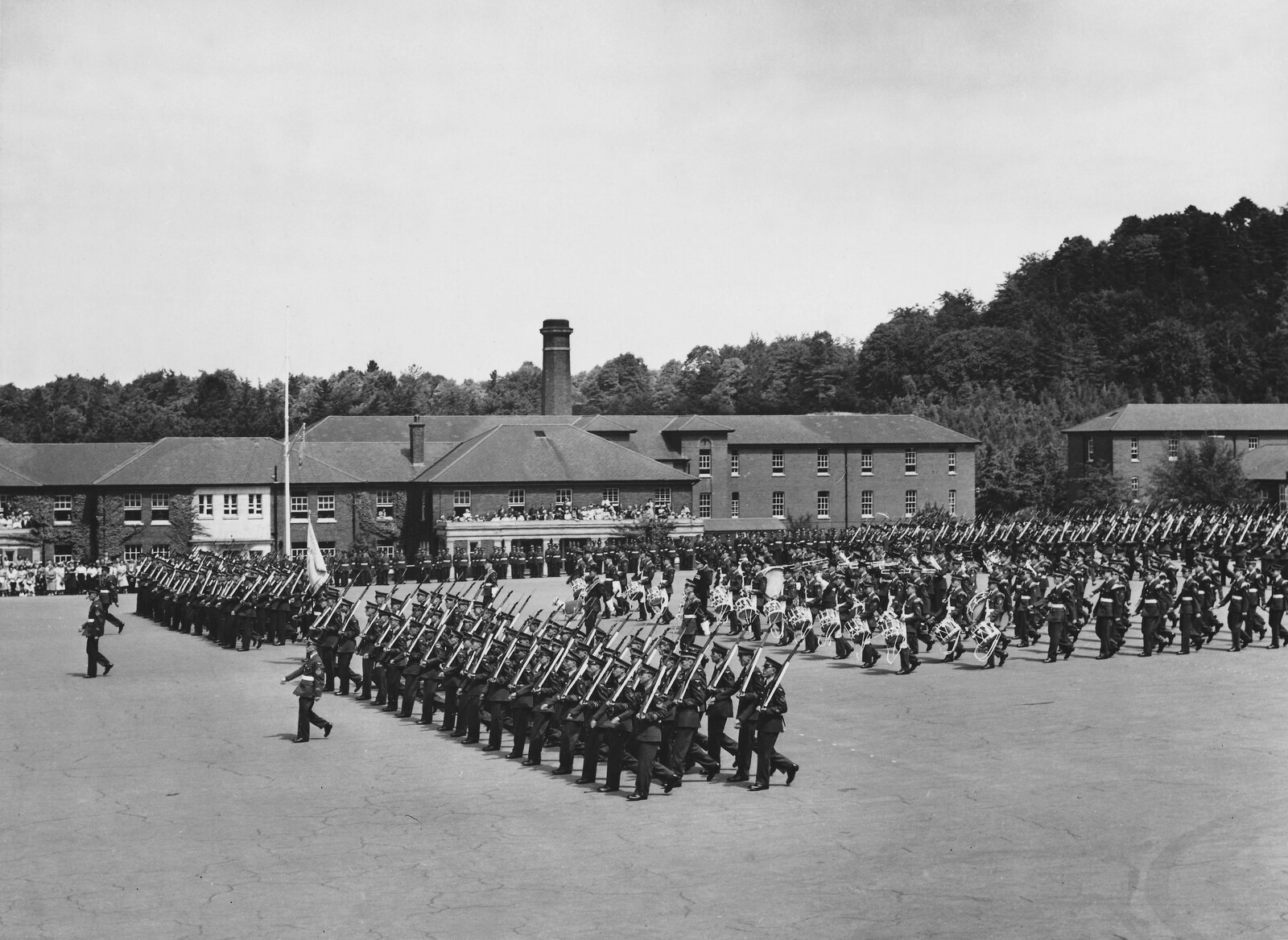 Apprentices on parade (including the 69th, towards the back) at RAF Halton for the presentation of the Queen's Colour, 25th July 1952

There was, however, some controversy over the 69th's adoption of its title, as the 63rd had already claimed the moniker. This was evidenced in a comment published in the Haltonian Magazine which stated "They [the 63rd] are, of course, 'The Royal Entry' having provided the Escort Squadron for the presentation of The Queen's Colour to No. 1 School of Technical Training in July 1952". There was some further justification as "the [63rd's] Colour Bearer, SAA Mike Hines, remains the only non-commissioned airman to receive a Queen's Colour from the Sovereign herself".

Both entries - as well as several others - were present at Halton for the presentation of the colour, but whilst the 74th referred to itself as the Coronation Entry as it started in 1953, it was only the 69th that actually attended the Coronation. The 69th's Hugh Perfect offered this rebuttal to the 63rd Entry and other doubters in the December 2000 newsletter:

Entry 63 we both admired and respected,
So when they mocked "Royal Sixty Nine" we really felt dejected.
We made no claim to glory at their colour presentation,
Our claim to "Royal" came later when we "did" the Coronation.

We received intensive training in the sun and in the rain
At Halton, then at Cardington, and just to ease our pain,
They promised us a medal each, but then we felt bereft,
For when the medals got to us, only two were left!

Came the day in question, on Regent Street we stood,
"Smoothie Blues" and non-run Blanco made us look quite good.
The rain poured down throughout the day, the evening turned out fine,
Trafalgar Square was singing "Yellow Ribbon - 69!"

Coronation Night in London, a mighty celebration,
The ale flowed free, and harmony infected all the nation.
'Tis said that ladies there that night, of high and lowly birth,
Still get a twinkle in their eye recalling "Soixante neuf'. 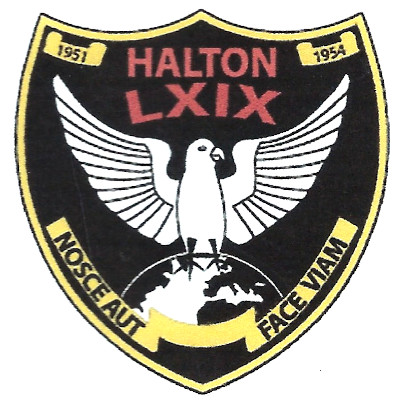 The 69th's motto is "nosce aut face viam", which roughly translates from Latin as "know or make your way", or according to 69er "Bucky" Buckman as "If you can't find a way, make one". It's not a hundred miles away from the motto of the founder of the Aircraft Apprentices scheme - Lord Trenchard - which was "nosce teipsum", or "know thyself".