The 69th and the Apprentices Network

This tribute to the Apprentices' Network Radio Station, which counted some of the 69th among its presenters when it first launched in the 69th's entry year of 1951, appeared in the Spring 1957 edition of the Halton Magazine. It was written by L/A/A Warburton of the 79th 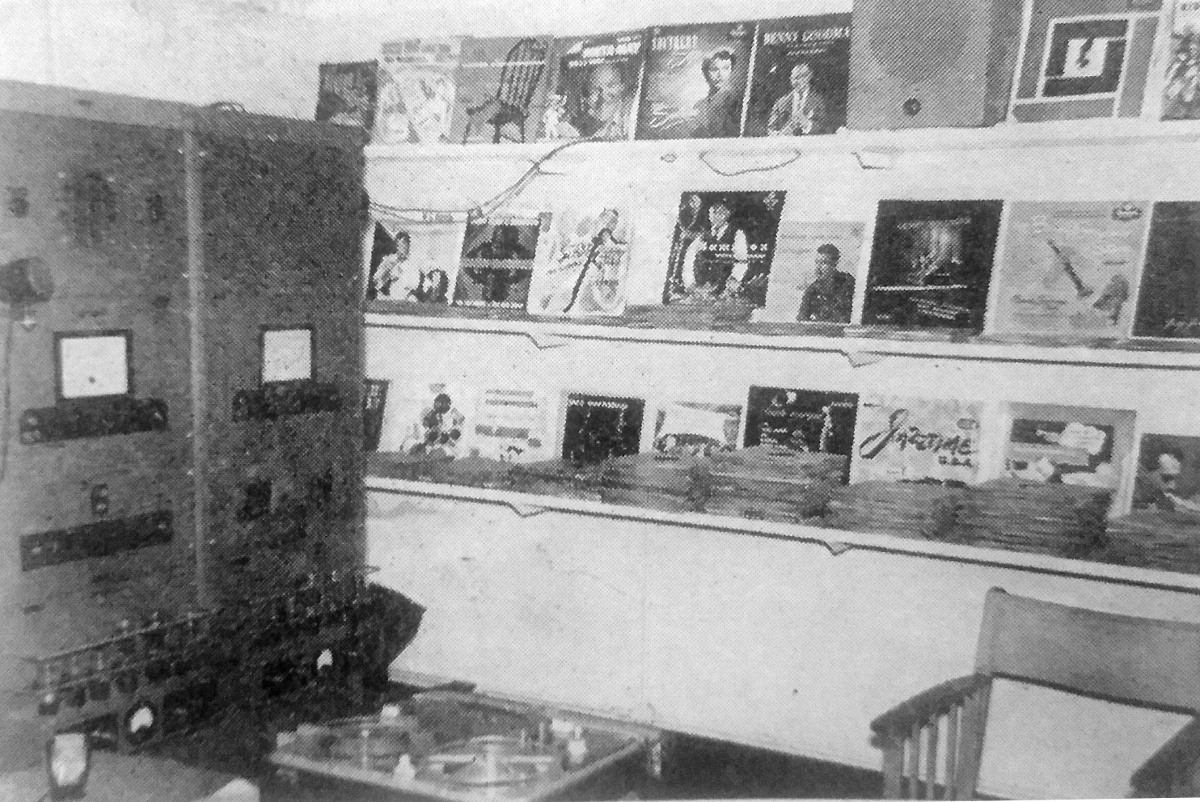 The apprentices' network studio in 1957

A small portable hand-wound gramophone with an electrical pick-up and 20 records, were the sole possessions of Apprentices Network when the system opened in 1951. Today, A.N.W. is the proud owner of a modern automatic record player and some 2,000 records.

On November 10th, 1951, Corporal Turner set out on the road to success with his old gramophone and a small selection of records. Among his staff in those days were S/A/A's Leeckings, 67th and Lees, 68th, C/A/A Ballamay and L/A/A's West, 68th, and Light, 70th.

The most popular programmes were those broadcast by the local Jazz Group. The recordings were made in the Astra Cinema during the interval on Sunday evenings. Among those of merit in the Jazz Group were F.S/A/A Gordon, 69th and A/A's Edwards, 67th, Francis, 70th, and Whittaker, 69th. Another popular programme was the "Astra Show " which gave news and views of films to be seen at the cinema. This show is still going strong today.

Today A.N.W. plays music for every taste, from Mantovani's "immortal Classics" to the rock and roll of Bill Haley's Comets. The normal evening's entertainment lasts from eight o'clock to ten fifteen, and amongst the most popular items are the ghost stories of strange happenings at RAF Halton.

It was a great loss when the 75th Entry left, for they had contributed a great deal towards the success of the network. Names which will be remembered are C/A/A's Hill and Martin, L/A/A's Norris and Dumfy and A/A Plestel. Another loss was A/A Nibblette who left with the 76th Entry. Those now in occupation are C/A/A's Bailey and Dumbleton, L/A/A Mack and A/A Clay, all of the 78th Entry. A/A Wright, 78th, presents an excellent programme of classical music on Tuesday evenings.

Six years of broadcasting is a great tribute to the skill and enterprise of Cpl. Turner.