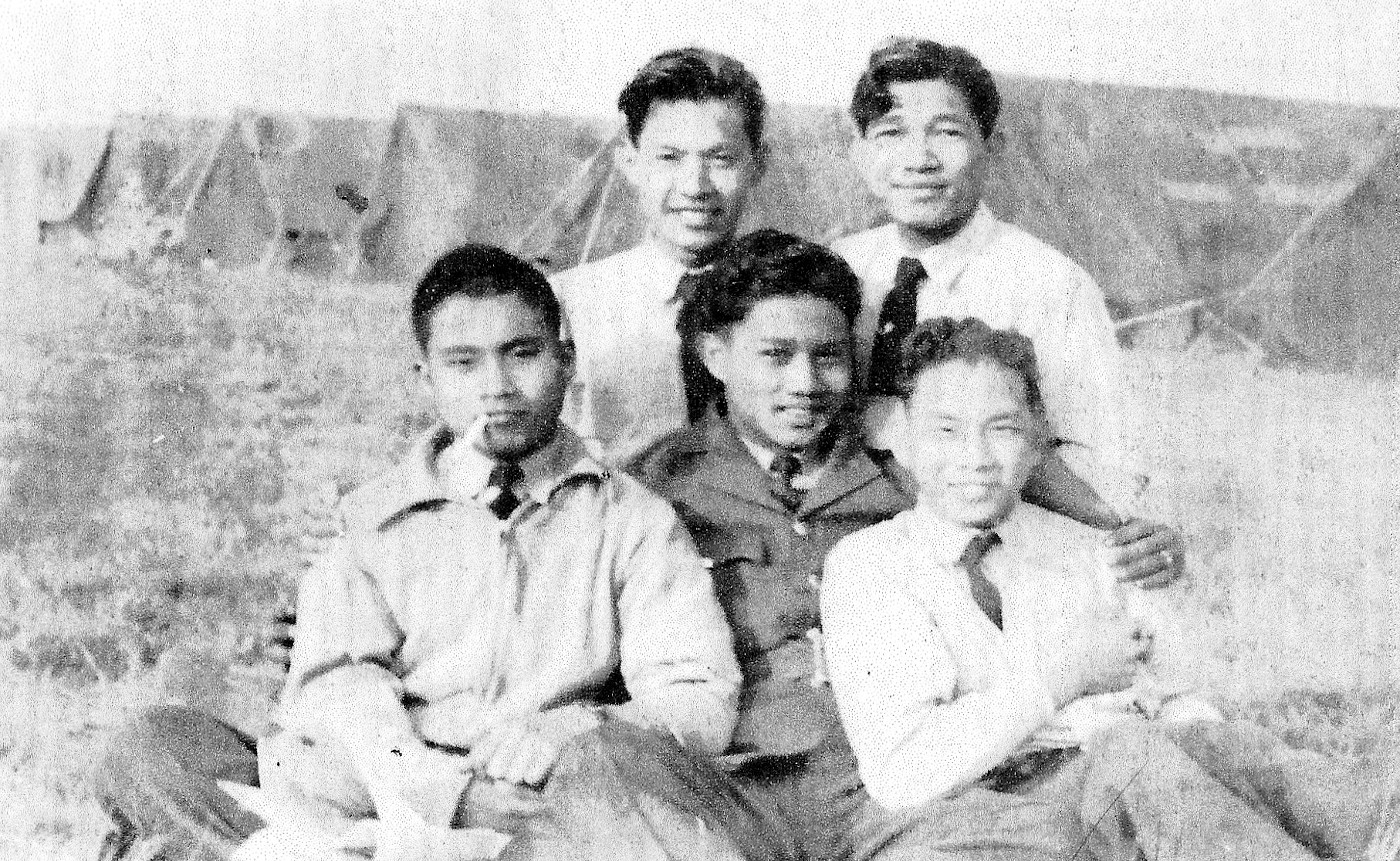 Like the rest of the 69th Aircraft Apprentices, we too had all the fun we could possibly get during the camping period. Living in the small tents, gathering in the NAAFI shed, enjoying different atmosphere, shouting and singing in the open, and walking about in the neighbouring areas.

But, alas, there was one horrible snag. It was the personal experience of using, willy nilly, the make-shift latrine with side-by-side open seating without any partioning. Nowadays such a scenario might be claimed by some critics or analysts as 'human rights violation', in the lightest meaning of course.

One day during our combat exercise in the field, an unforgettable incident occurred. A Pakistani aprentice with his rifle loaded with blank rounds teasingly aimed and pulled the trigger at another man's back. The poor fellow sustained a burnt red mark on his skin and the blast burnt through his blouse, shirt and vest. Luckily there was a medic nearby to treat the injury promptly.

A few of us Burmese went out for a walk through some bushes towards the beach. An Armourer named Sein Hla (since deceased) skilfully managed to catch a 'wild' chicken of considerable weight. That evening we enjoyed an extra meal for evening tea in the mess. Thanks to the cookhouse NCO for supplying us with cooking utensils, oil and other ingredients.


More from the Summer Camp 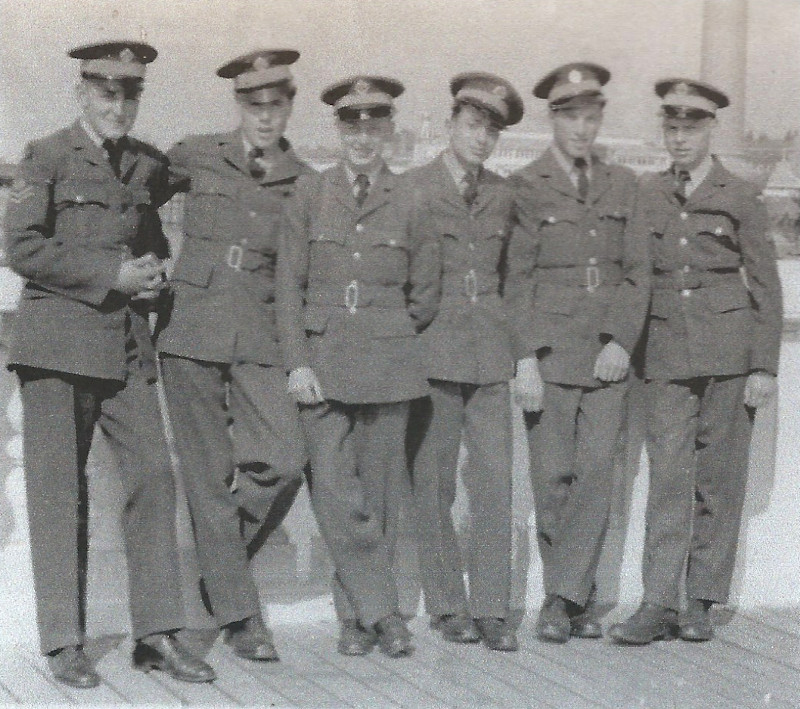 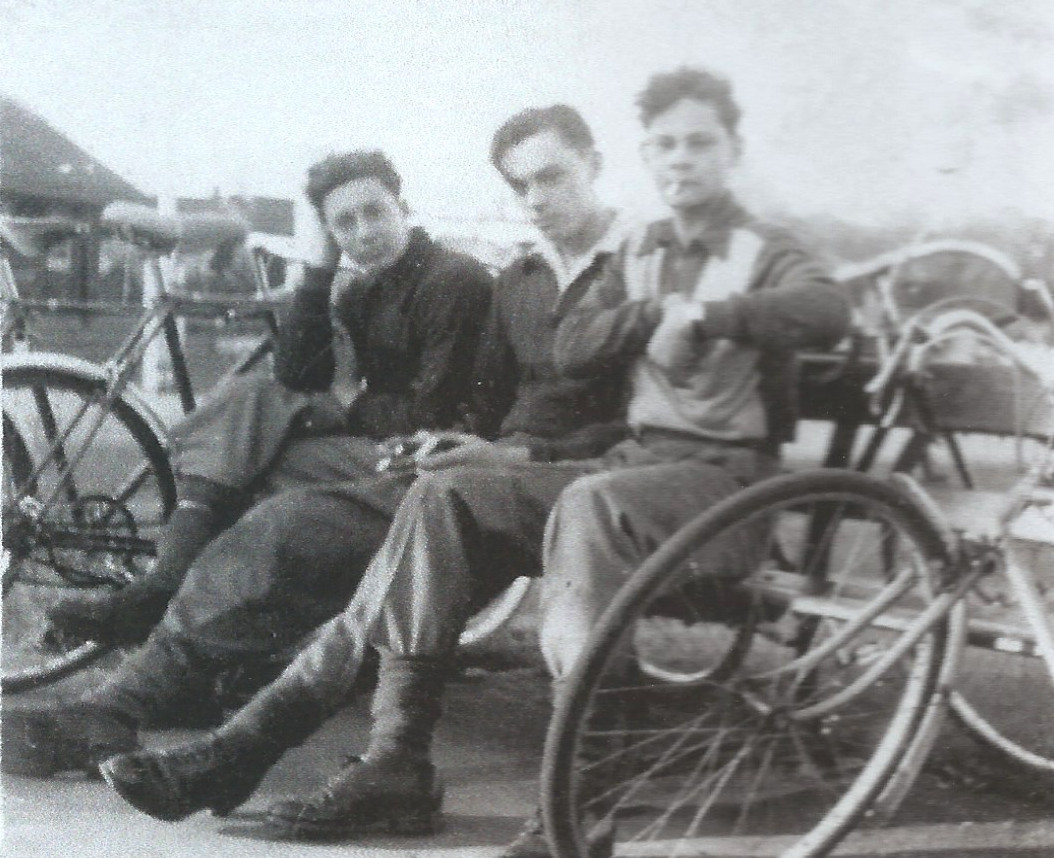 The above-left photo shows a group from the 69th visiting Southport, Lancashire, on a break from the 1953 summer camp. The group includes Bill Akehurst and Geoff Rix. The photo on the right is not from the summer camp but shows a group on what was known as the cycle club skive, or "how to get out to Aylesbury while legally wearing civvies". Left to right are Geoff Rix, Bill Akehurst and M. C. Le Fleur. The photo was taken by Ikram Khan of Pakistan.