Stories and anecdotes from the 69th's time at RAF Halton between 1951 and 1954, and from outside in the wider world. 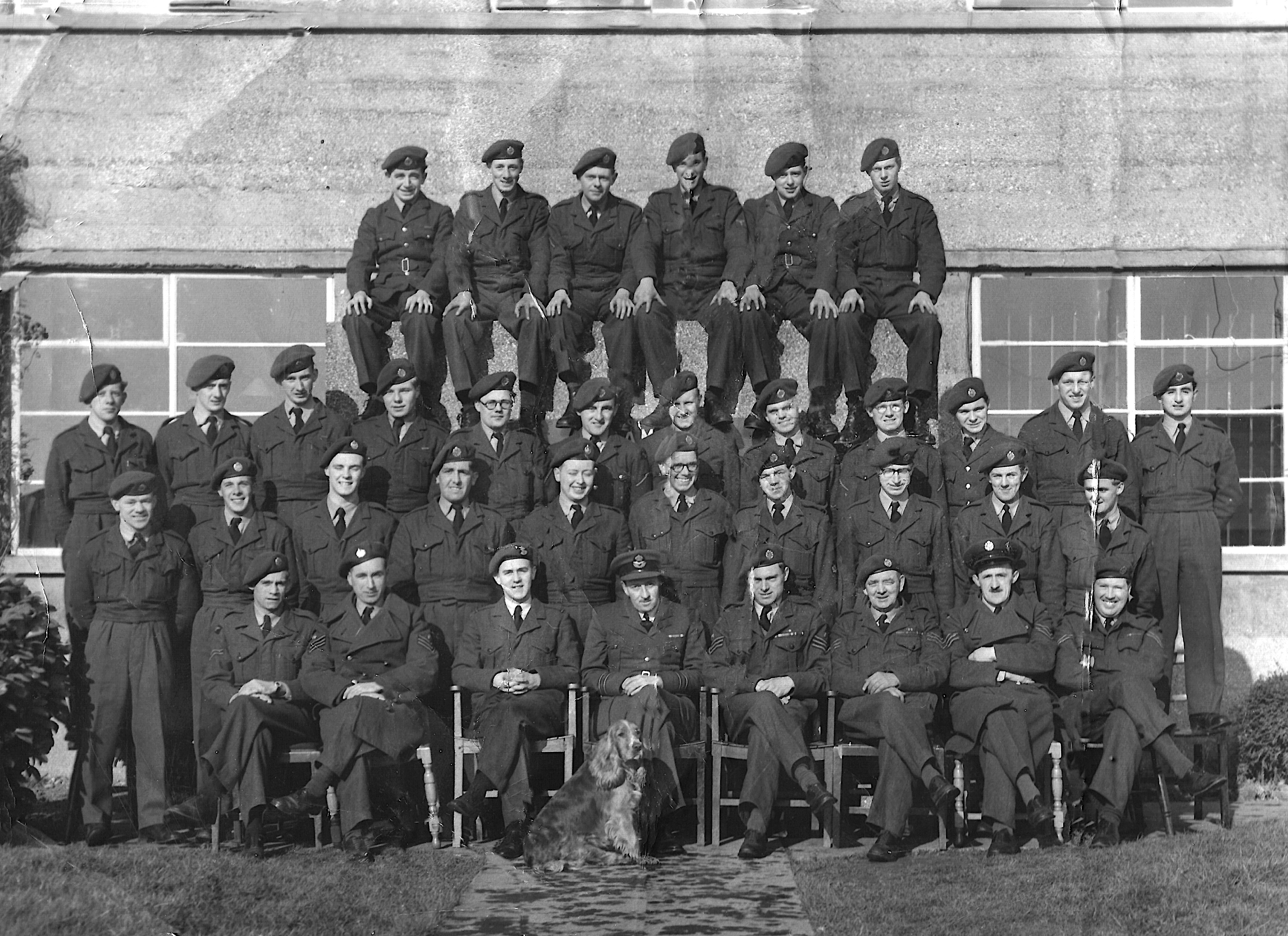 A Winter's Tale
My whole Duty Crew, including the fireman and the cook, were returning from the pub in the fire engines. It seems that they had parked the fire engine on the pub forecourt facing the main road.
The Equitation Skive
This scheme can be seen as the perfect solution and one which I often blessed on cold wintry afternoon when others were getting wet and miserable
From Burma to Halton
Across the airfield stood the BOAC aircraft waiting to start her flight. Minute by minute the crowd grew thicker until there were no empty places and we were very busy saying goodbye to everyone
Goonskins
My hands were so frozen that I could not get the buttons undone to answer an urgent call to the bog
Ancient skills
The 61st were the last entry to be taught fabric repairs, hulls and floats and carpentry. "We" [the 69th] all know that was incorrect having been taught all three
"Boom" Dawn
He got his name very quickly because of a rich, deep, booming bass voice when some of the younger one's voices still had to break. I am fairly sure Boom was the oldest person to come in with our entry
Gardening in the rain
One day when it was pouring with rain, Hippo stated "All out on gardening". An intelligent apprentice then said, "But it is raining Flt!" Response, "Well you've got groundsheets!"
Questions from Richard Hladik
Who remembers the first 'go' at bending throttles when we ran those 'clipped wing' Magisters out on the playing fields behind Workshops?
Caught skiving off
One weekend in my third year I snuck back home. I was back at Halton on the Saturday afternoon as I was to play for the school. At the same time the Station team had a match against Slough
I flew with Douglas Bader
My one claim to fame, or rather reflected glory, is that I can truthfully say that I flew with Douglas Bader
The Fitter's Dilemma
Oft-times when going round a 'drome one might have seen some fitter small; looking as though wi' fine toothed comb, to find his toolbox (tools and all)
Rat of the Week
"Who wants a pork pie?" I enquired. A nervous digit or two poked the atrocity before heads were shaken. "I think its gone critical"
The Scouts' Secret Food Stash
The message went out to the Senior Scouts - do not turn down any food. Meet us and hand over all the surplus you will find out why when you come up to the Rovers! 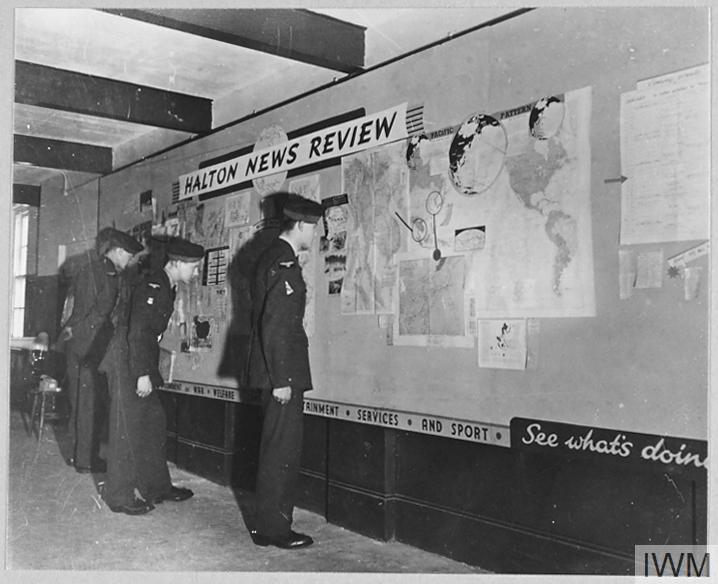 The Halton noticeboard keeps apprentices up to date on Halton activities around the world, circa 1945. Source: IWM © CH 16402

A look back at the RAF Trades
These were work units of limited intelligence and were used to steer the aircraft of that time, before computers took over entirely
Those born in the 30s, 40s, 50s and 60s
We would leave home in the morning and play all day, as long. as we were back when the streetlights came on. No one was able to reach us all day. And we were OK
An Eider Ducking
The helicopter hit the water with a thump. Water surged through the door and windows. Slowly it sunk and rolled over. It grew darker and the water rose up to my face
Ice Cold in Beirut
Few realised then that Lebanon was about to embark on its incredibly savage civil war in which thousands were to die and the centre of the city would be left looking like Berlin in 1945
8 Squadron at RAF Khormaksar, Aden
Good morning 8 Squadron! Waiting for the first cup of tea after the dawn patrol gets airborne - the time would have been roughly 06:45, which meant another 13 hours until knock-off time.
All about the Beverley
Trevor Ransome recalls his first sight of a Beverly, some time in 1957 when the aircraft first appeared. Also: why was there a Beverley in the sand in Bahrain; flying on three engines to Entebbe; the Beverley crash at Sutton Wick
Incident at Swanton Morley
The East Dereham fire brigade arrived and I told them the fire was out. However they insisted on getting on the roof and putting water down the chimney 'just to make sure' as they could see a wisp of smoke issuing from the chimney.
The Aeronautical Inspection Unit
Over 100 boy apprentices of the 69th ended up at RAF St. Athan in Wales as their first posting. This was one of several Maintenance Unit stations, where it was common to see NCOs of the Aeronautical Inspection Unit.