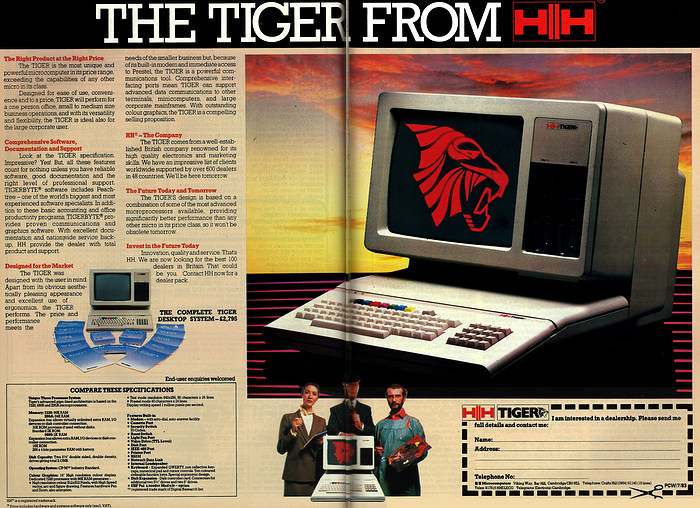 The Tiger from HH

Whilst there had already been a few computers produced by regular electronics companies, such as Heathkit with its H9, there's probably no other example of a company that was famous for building amplifiers and PA moving in to the micro game. HH had been founded in 1968 near Cambridge and produced a range of studio amplifiers, apparently used by the BBC[1]. After the diversion of the "Tiger", they moved up to Huntingdon and continued to produce studio amps and PA speakers, before being bought out by Laney Amplification. The company identity remains and still produces equipment in the West Midlands.