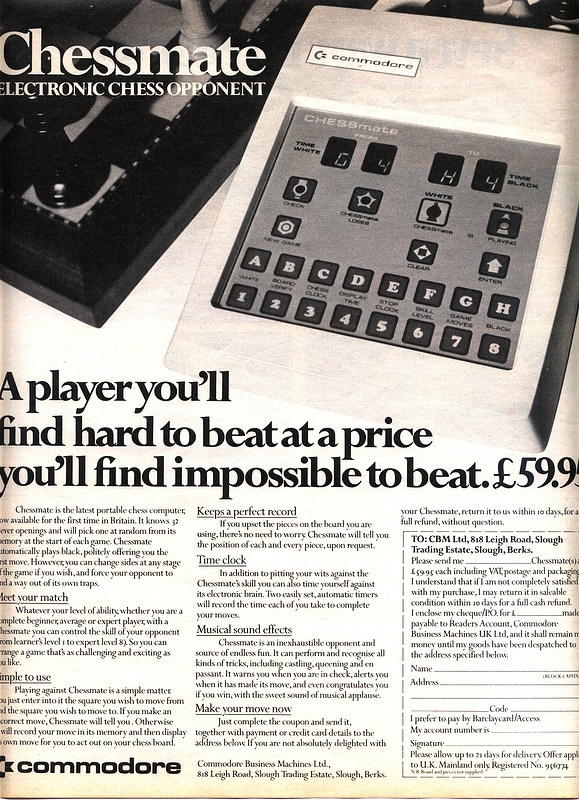 As well as the PET/CBM range of computers and the continuation of the calculator line, which had survived the Calculator Wars of the mid 1970s, Commodore wasn't averse to putting out the odd sideline product, such as LED and LCD watches and this - a chess computer, which was first shown at 1978's CES show and which ran version 1.5 of Microchess, a software version of which also appeared for the Commodore PET. Commodore were still very much churning out PET business/schools computers, and this was the era before home computers truly arrived with the VIC-20, C-64, Spectrum, BBC-B and all the rest. It was, however, around during the time when the classic Atari 2600 had been out for a couple of years, and ChessMate's design could almost be viewed as a bit of a throwback to custom single-use hardware like the original Pong games. The Chessmate was based upon the 1975/76 KIM-1[1], but with a 6504 processor. Judging by their lack of appearance on eBay (I've only ever seen one, which I bought), they didn't sell that many, although it was apparently popular in the then West Germany[2].