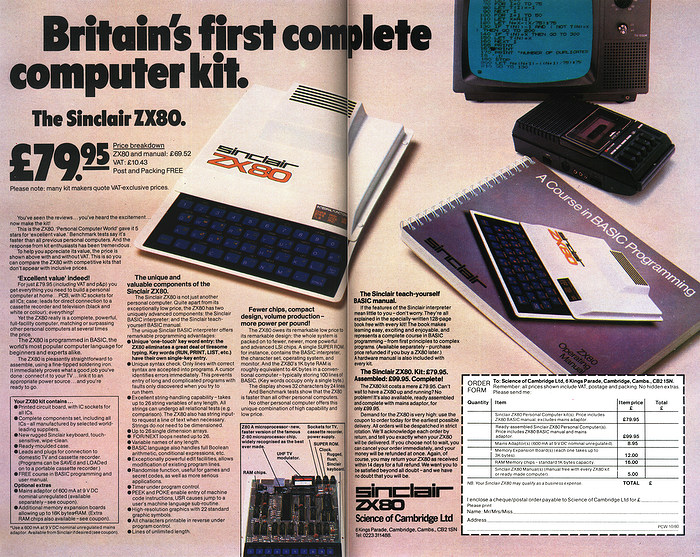 The ZX80 was Sinclair's first real computer and was the machine that helped start the UK's home computer industry. It had many issues - not just the hard-to-use membrane keyboard, but also the fact that video and keyboard interrupts where shared, meaning that every time a key was pressed, the screen display would disappear, and it was also prone to overheating. However, it was very cheap for its day, being only £80 (or about £390 in 2022 terms). It was made by Science of Cambridge, whose ancestor was Sinclair Radionics, a company which had a bit of a name in the electronics world, with its hifi components, miniature radios, pocket calculators, the infamous "black watch" and the world's smallest TV.

It was however the first digital watch to have all its components combined into a single chip, the manufacture of which was to be farmed out to Mullard, a once-British company famous for its valves and which had become a wholly-owned subsidiary of the Dutch Philips company in 1927 (keeping its name until 1988). However, somewhat late in the day, word came back from Philips' Eindhoven headquarters that Mullard was backing out as the company did not think there was a future in digital watches, even though it could have made the watch "if it wanted to". The job was then passed on to ITT, but this lost Sinclair a crucial 18-month head-start in the market which had been eagerly expecting a £30 watch instead of the £80 they cost previously, which was especially damaging as Sinclair's business model largely relied on being first to market with innovative new products. ITT, which Uncle Clive reckoned wasn't being especially good at keeping him informed about what was going on, was having serious problems getting a decent yield of the all-in-one watch chips, on top of which all the static and temperature problems were coming to light. ITT ended up paying Sinclair £50,000 (£409,500 in 2022 money) by way of compensation, whilst it also quietly dropped plans to use the watch as its executive Christmas gift, said to have been planned for presentation along with a message "Best of British technology - ITT and Sinclair"[2]. 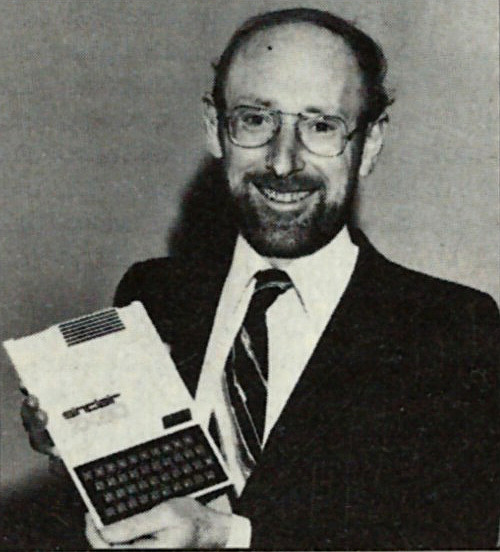