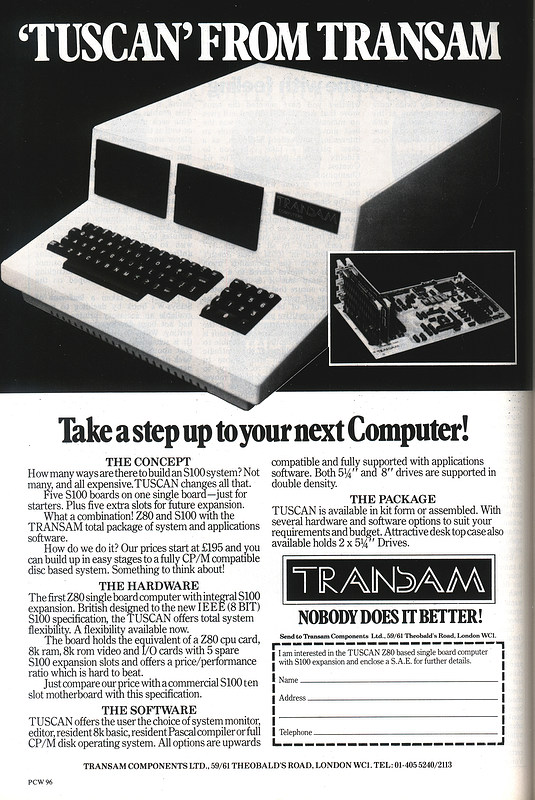 "Tuscan from Transam - Take a step up to your next computer!"

Another entry in the "who?" category is this advert for the "Tuscan", from little-known British computer company Transam. It was yet another Z80-based system with an S-100 bus, built into something like an over-sized Commodore PET case, and was also available as a kit - perhaps surprisingly so, given that it's now 1980 and three years since the 1977 Trinity changed personal computing and introduced the concept of the ready-made complete computer. It retailed from £195 (about £960 in 2021), which was less than half the price of the cheapest 1981 PET.

There was another PET connection for Transam as in July 1980 the company announced its version of Pascal for the machine. Transam had "covered itself in further glory" by securing the contract to get Pascal on a PET from Commodore itself, a feat which considered particularly difficult as the standard PET at the time shipped with only 32K memory[1]. TCL Pascal was available, on floppy, for £120 - about £590 in 2021.

See this article for more on the Tuscan.