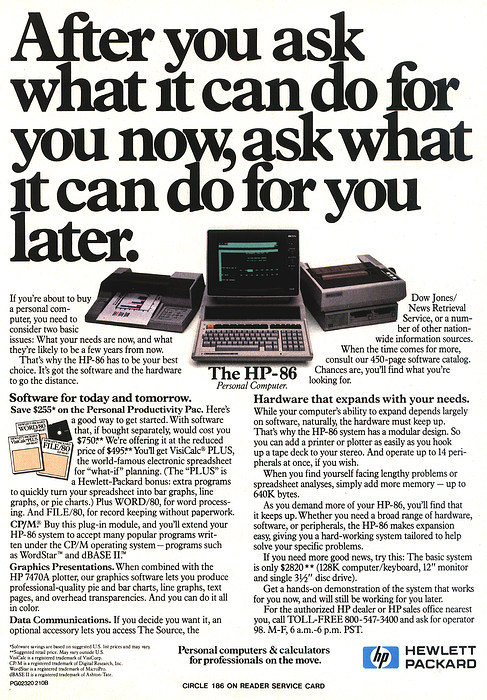 More proof that it took at least a few years for the IBM PC format to bulldoze everything in its path, comes this advert for the Hewlett-Packard HP-86. Looking a bit like a very slimmed-down Commodore PET (and for sale the year after the advent of the IBM), it featured HP's own custom CPU, running at a modest 625KHz (nominally only 3 times faster than a 1962 Elliott), although it made up for it with advanced floating-point maths capability (HP were also manufacturers of scientific calculators). Also, like the PET, it came with a BASIC interpreter built in and only 16Kb, however it could also run CP/M software via a plug-in Z80A module. Wikipedia has more