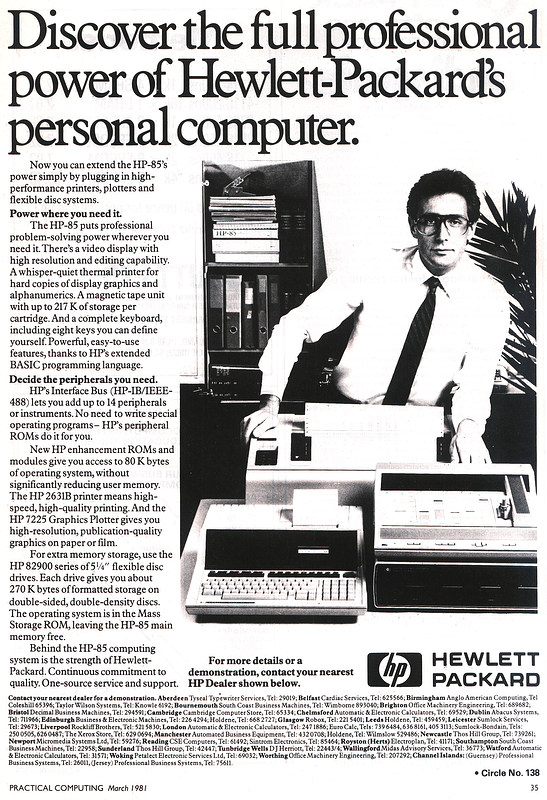 Hewlett-Packard, which like Commodore, TI and Tandy also had a line in calculators, had launched its HP-85 micro at the beginning of 1980, with the machine even originating from the calculator side of the business. Codenamed "Capricorn" when it was still a company secret, it was aimed at the scientific market and was sold as a complete system including screen, keyboard, thermal printer and a magnetic tape unit with what seems an implausibly-small 217K storage per cartridge - even floppies could do more than that. According to oldcomputers.net, the HP-85 ran a custom 0.613MHz 8-bit CPU[1], which was slow even in the 1970s.