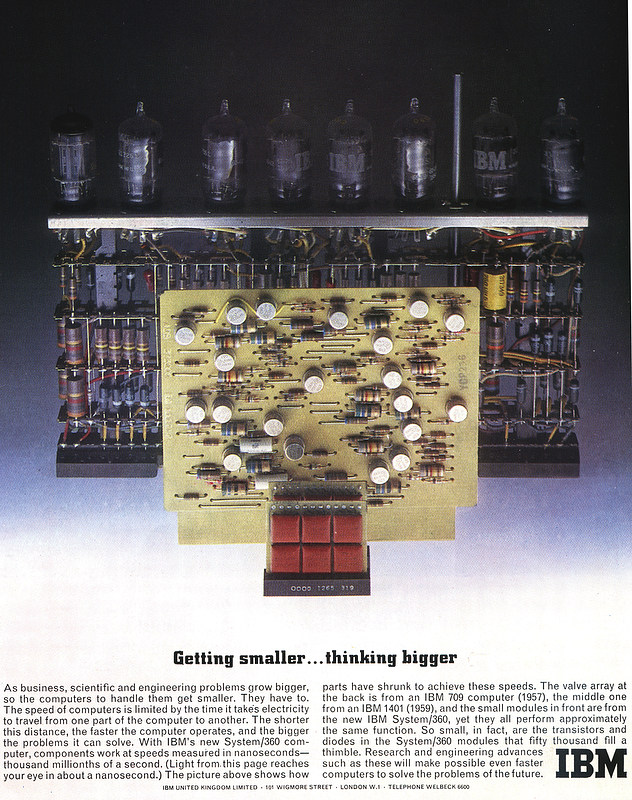 A great advert which perfectly encapsulates the evolution of electronics in one photo. It shows what is effectively the same functional component and how it has evolved over time: the board at the back is all valves as resistors and was installed in the IBM 709 computer of 1957. By the IBM 1401 of 1959, the transistor had made an appearance and the board is about half the size and about half the parts count (although it's still discrete components). By the System/360 of 1964, the same part is about 100-times smaller and is now made up of 6 integrated circuits (and probably replaces about 100 of the original valve boards). The advert also explains the obsession with miniaturisation - the smaller components are, the faster signals travel between them. IBM's System/360 was launched in April 1964 and was considered the first range of computers to cover all market segments - small to large and scientific to commercial. According to Wikipedia, compatibility with 360 software is still maintained in today's IBM's zSeries. It sold until 1978 - the dawn of the "3rd generation" of computers like the Commodore PET, Apple II and so on.