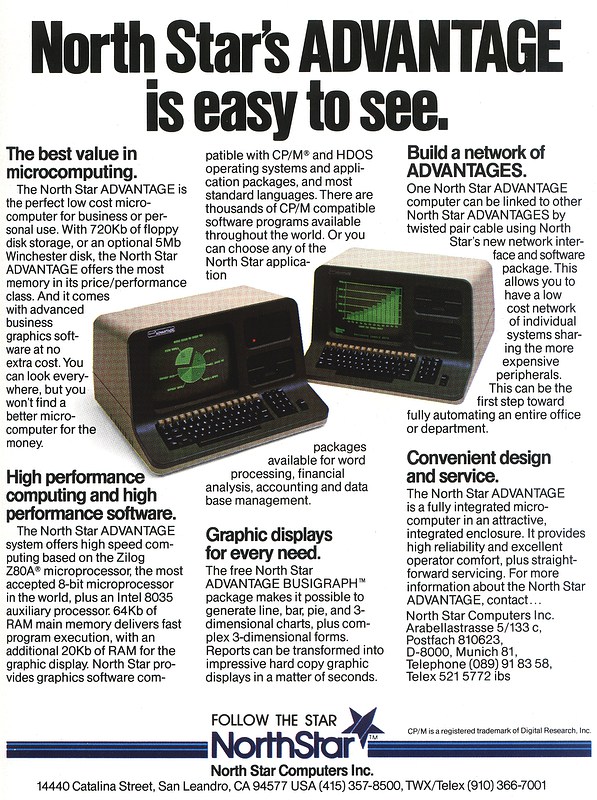 The North Star advantage was launched in 1982 and came with dual 360K 5.25" floppies (for a total storage of 720K), an optional 5Mb Winchester and hi-res graphics. It contained the Zilog Z80A processor for CP/M compatibility, as well as an Intel 8035 co-processor on an extra card for MS-DOS compatibility, although that version was MS-DOS 1, which didn't actually make it that compatible with most IBM software coming out at the time. As a plus, it featured a full IBM Selectric keyboard, which would have been popular with regular typists, but despite that it didn't do that well compared to the IBM PC and Apple II which were around at the same time. The Old Computer Museum has more. 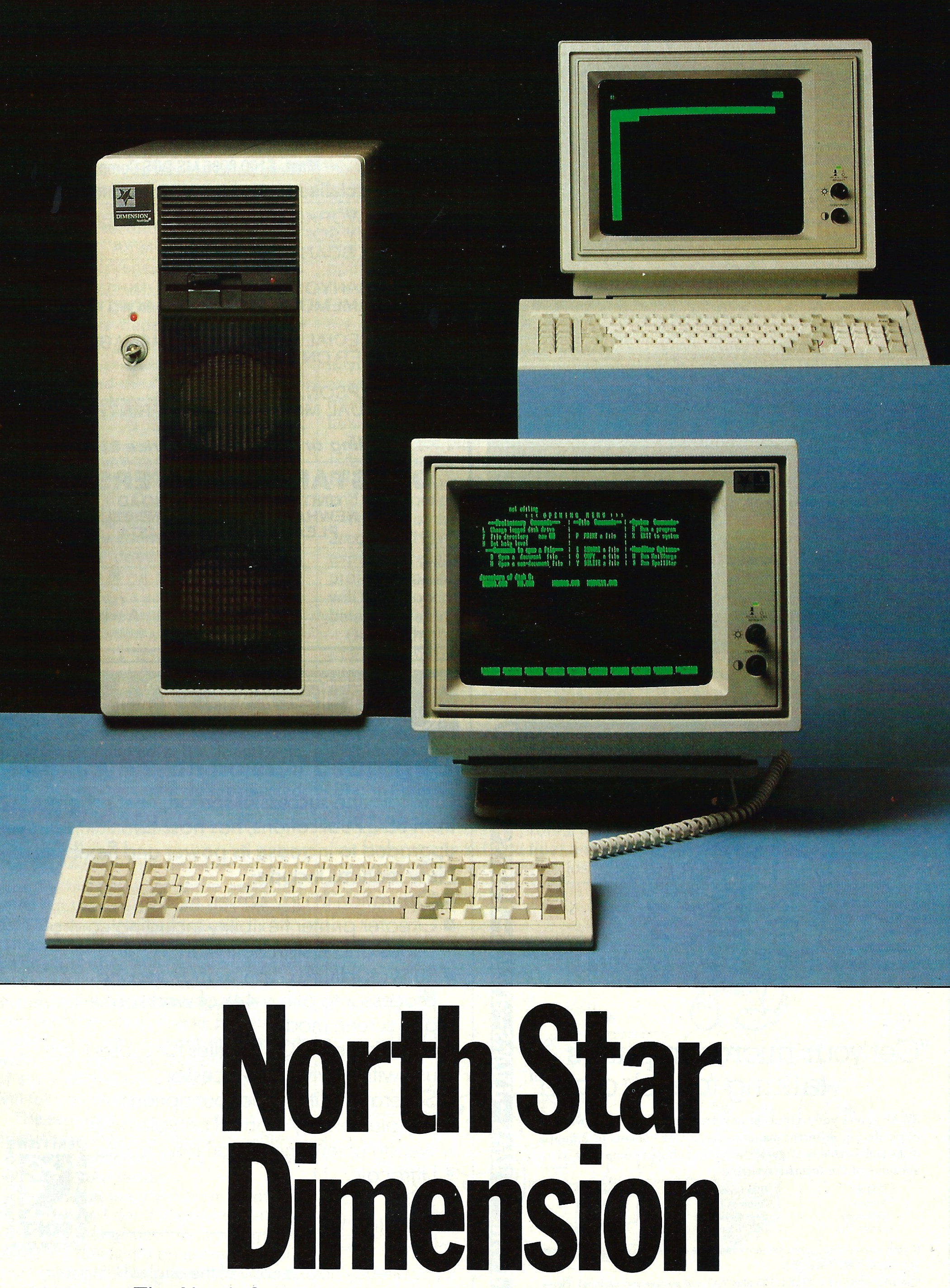 North Star - still going in 1985. © Personal Computer World, March 1985Around October of 1982, North Star had become a subsidiary of American industrial conglomerate TRW. At the same time, its distribution deal with UK company Comart was terminated "by mutual consent". North Star was also dabbling in the early network market when it launched its own NorthNet system, although Personal Computer World were somewhat scornful of this saying that "all these networks are hopelessly premature anyway"[1].

A while before this, at the end of 1981 when the Advantage was first announced, Comart had released a new version of its own Communicator. Comart's David Broad was said to be rubbing his hands with glee at the timing of North Star's announcement, as the Sterling/Dollar exchange rate was falling so fast that the Horizon, which would have cost £2000 in April was up to £3000 by the end of 1981 - his own "Advantage look-alike" didn't have to "fight its way through a falling pound"[2].

North Star was one of only a handful of micro companies from the 1970s to make the transition to the era of the IBM PC, as it was still around to launch its multi-user MS-DOS-based Dimension system in the spring of 1985[3], with an update, in the form of the Dimension 50, coming along in 1987[4]. The company popped up again towards the end of 1988, when its multi-user micro was used as the basis of MicroWay's MultiPuter Transputer-based system. North Star's provision of hardare which could take multiple processor boards was ideally suited to the transputer system, and by now it had at least moved on from its 1970s S-100 bus to a standard AT bus. The North Star chassis also provided an unheard-of 1kW power supply to drive all the extra Transputer boards - way in excess of the standard 135W supplies used in even a fast 386 machine of the day. And with its 80386 CPU - state-of-the art in the PC world, but very much an also-ran in the world of Transputers, it could even run standard MS-DOS software if the raw power of parallel processing proved to be something of a bore[5].