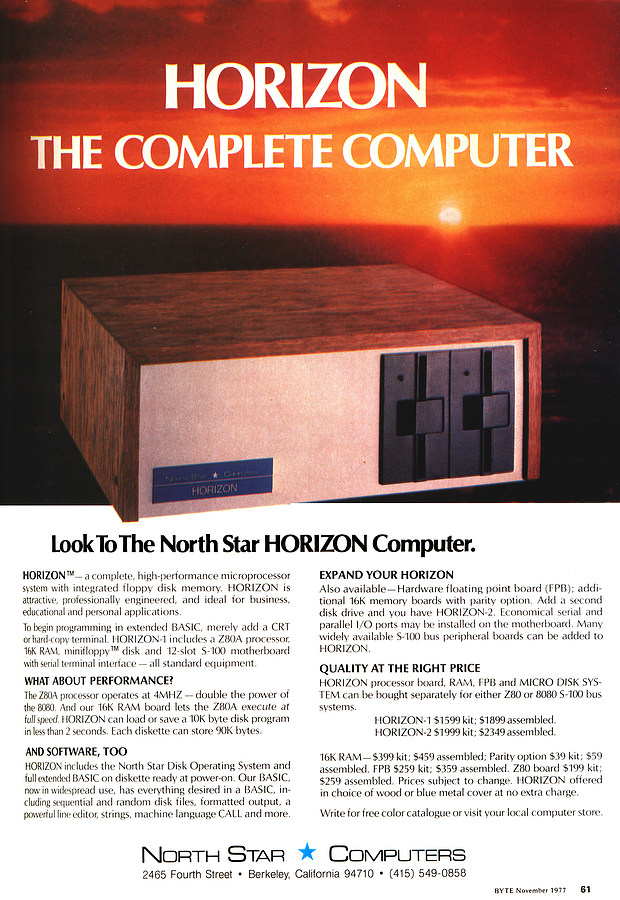 "Horizon - The complete computer. Look to the North Star Horizon" 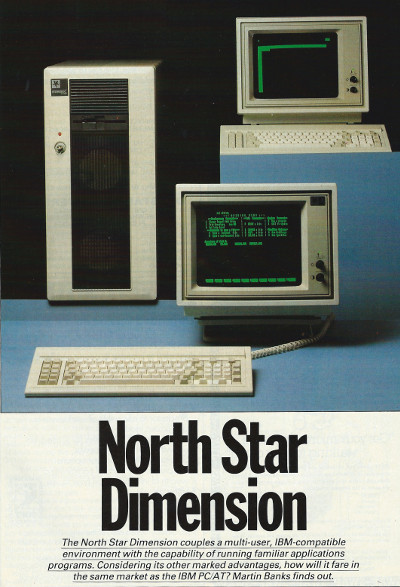 photo from a review of the North Star Dimension in Personal Computer World, © Personal Computer World March 1985The North Star Horizon might be filed under the "who?" category of computers, however judging by the regularity of the company's adverts in magazines of the day it was around for quite a while - at least until 1985 - making North Star one of only a handful of companies to successfully make the transition from the world of first-generation micros of the 1970s to the new world order of the 80s. The longevity of the company seemed to also mean that it actually became something of a standard in its own right, as later machines such as 1982's Decision 1 from Morrow had "North Star compatibility" as one of its benefits.

This computer - a Z80 CPU (it was also available with an Intel 8080) on an S-100 bus - looks more like a piece of furniture, with its plywood top and sides, and in some ways was years ahead of its time as it physically shares a lot with the generic beige boxes of the IBM PC era. It retailed at $1899 (about £10,500 in 2020 terms) which put it way above the cost of a PET or even an Apple II, both of which launched in this year. However, it apparently found a niche in universities, due to its S-100 bus and therefore the large number of interface cards available.