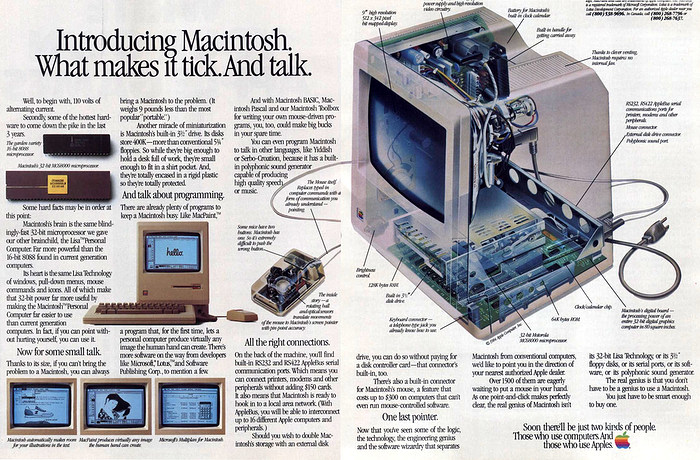 Famously introduced by an Orwellian Ridley Scott-directed advert at the 1984 Super Bowl and billed by Steve Jobs as "the fastest and most powerful computer ever placed in the hands of a large number of people"[1], the Apple Macintosh was a follow-up to the failed Lisa, which this advert[2] refers to as "Lisa Technology". It's perhaps not surprising that the Lisa didn't do that well - it retailed for £9,775[3], including VAT, in 1983 - an eye-watering £33,600 in 2022 money.

Apple has always been known for premium pricing, and this seems to have rubbed off on software houses eager to sell software for the new machine. In 1985, British software house Micro Focus announced the release of MacCobol. Personal Computer News reported that this could help sales of Apple's Mac as Apple had been having trouble convincing potential customers that the Mac was "business capable". The possibility that this software could take existing Level II COBOL code and recompile it for the Mac's Motorola 68000, but with additional access to the Mac's graphics libraries, was of great interest but came at a price - £1,250, or about £3,920 in 2022 money[9] - not a price the average bedroom developer could afford, but then again, they probably wouldn't be developing in Cobol.