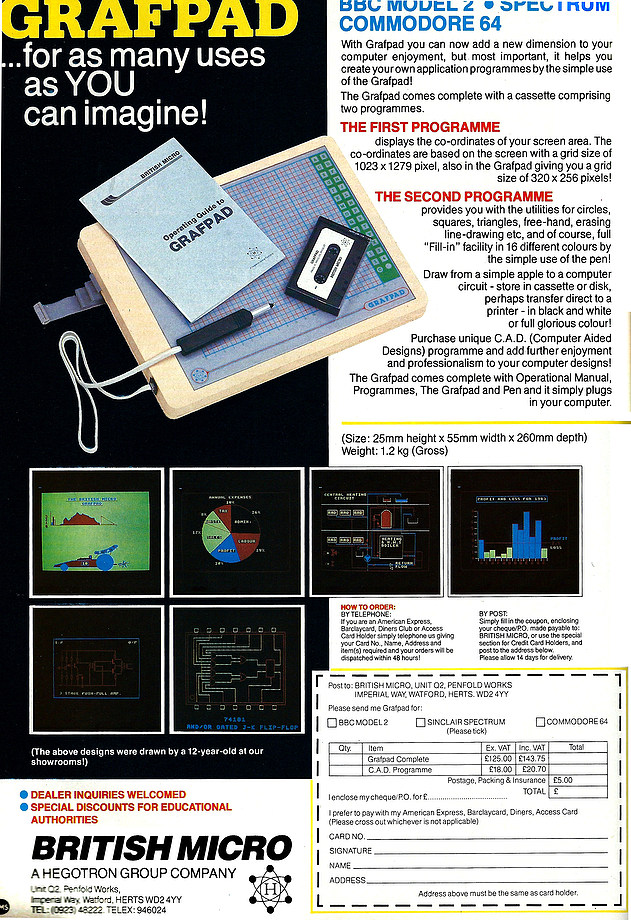 Grafpad - for as many uses as YOU can imagine!

British Micro was a company started by Manas Heghoyan, formerly of Hegotron Printed Circuit Boards Ltd and John Marshall, formerly of Nascom. It had been Heghoyan who bought out the struggling Nascom in 1980, from where John Marshall left to start a company called Interface. The two came together again in 1981 to start British Micro, with their first product being the Mimi 802 microcomputer. The Grafpad came later at a time when British Micro seemed to have stopped building computers and was focussing on peripherals, where the Grafpad seems to have been reasonably successful as there was a follow-up: the imaginatively-named Grafpad II. It also appeared on a range of machines including the "BBC Model 2" (possibly the popular Model B or perhaps the recently announced B+), Spectrum and Commodore 64, with the later model also featuring on the IBM PC and Amstrad's CPC[1].