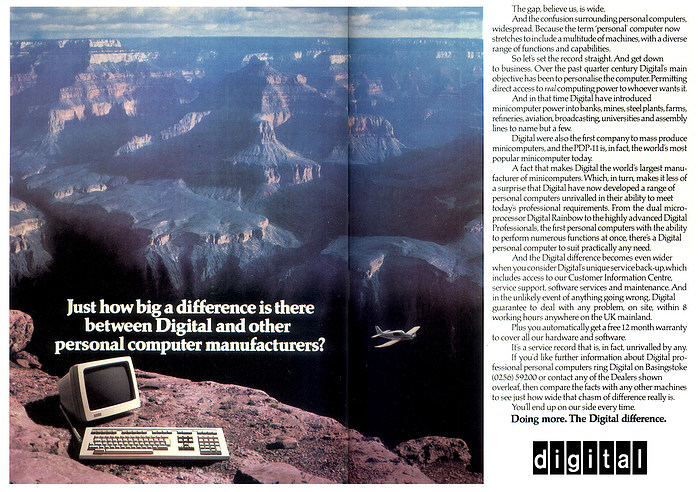 Just How Big a Difference is there Between Digital and Other Personal Computer Manufacturers?

This advert is primarily worth including because it has a nice picture of the Grand Canyon in the background. It's not for any particular machine, rather it's to advertise DEC as safe, reliable company to buy gear from and to say just how much better DEC/Digital are than anyone else in the whole world.

The machine perched on the edge of the yawning chasm looks like it might be the DEC Rainbow 100 - part VT-220 terminal, part Z80 and part Intel 8088 machine. DEC's terminals had been around for a while - their first, the VT100, had come out back in 1978 - and their terminal protocols are still around today. Digital Equipment Corporation, or DEC (which traded as Digital) was acquired by Compaq in 1998, which was in turn merged in to Hewlett-Packard in May 2002[1]