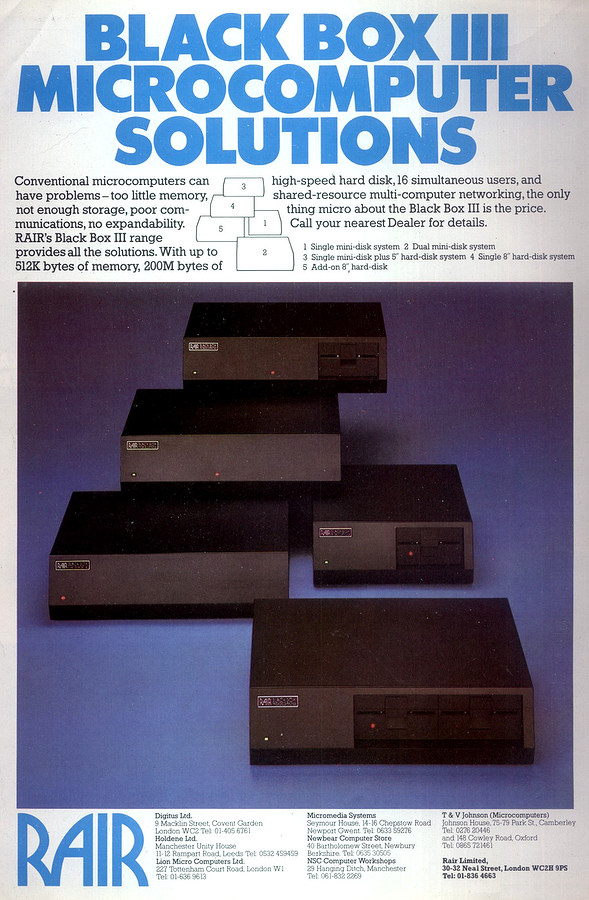 Nearly nine years before the band Black Box released chart-topping track "Ride on Time", The other "Black Box" from RAIR was released. With a highly impressive 200MB of disk access and capable of supporting 16 users, apparently the only thing micro about it was the price (although it's obviously not cheap enough for them to actually put the price in the advert). The machines were Intel 8085 (and later 8088) based. The internals of the RAIR Black Box were licenced to British computer behemoth ICL and became part of the ICL Personal Computer - Personal Computer News commenting on the latter in 1983 that it was "a RAIR Black Box by any other name"[1].