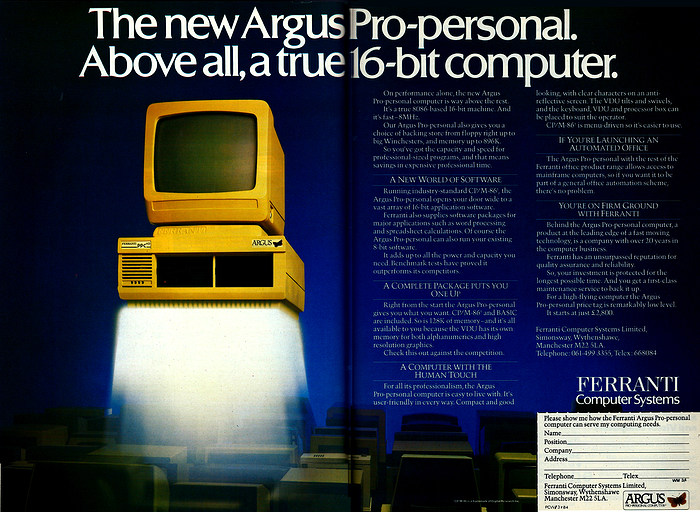 The new Argus pro-personal. Above all, a true 16-bit computer

Ferranti was perhaps better known as as a silicon provider, in particular having made custom ULA chips for both Acorn and Sinclair. An Uncommitted Logic Array was essentially a chip that could be hard-wired to do particular things, be that I/O or graphics or a whole micro (apart from the CPU). Sinclair used one to provide most of the functionality of the ZX81, meaning this machine had only four chips and so was very cheap, and Acorn also used a large ULA to reduce the previous chip count of the BBC when it crammed most of that machine's functionality in to a single ULA in the Electron.

Ferranti also partnered with Advance, shipping the Advance 86a and 86b machines, which were also IBM compatible, a few months later than its own 8086 16-bit machine featured here in "funky" mustard yellow. Nice.