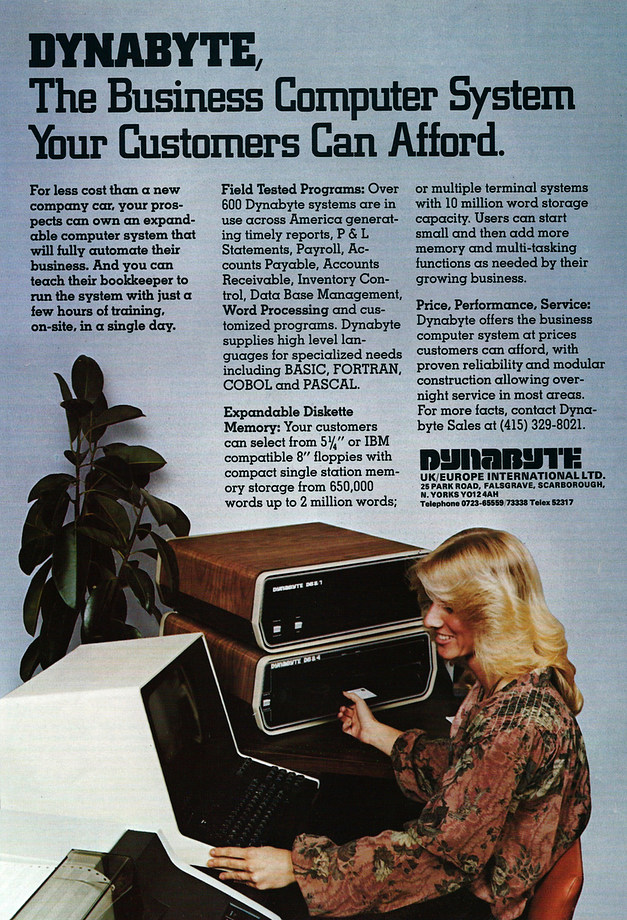 Dynabyte - the Business Computer System your customers can afford

If nothing else proved the need for the likes of Commodore's Jack Tramiel or Sinclair's eponymous Clive to come along and build micros that normal people could afford to buy, it must the opening gambit of this advert: "for less cost than a new company car your prospects can own an expandable computer system". Not only that, but the 1980 market was still modest enough for that fact that Dynabyte had shifted a mere 600 of these systems already in the US to warrant a mention.