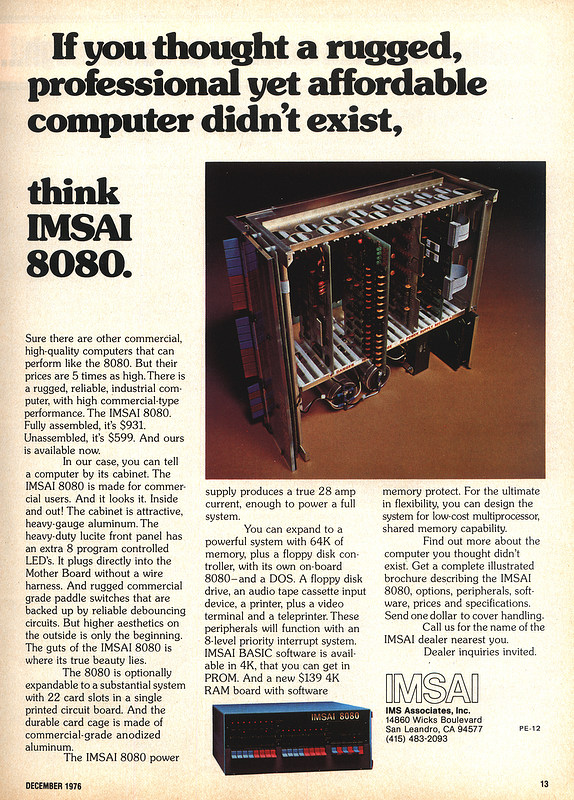 "If you thought a rugged, professional yet affordable computer didn't exist, think IMSAI 8080"

This is the computer that famously appeared in the nerd-classic film 'WarGames', as used by the Matthew Broderick character. Quite why a computer that appeared some 7 years before the film was made was used (and was thus thoroughly ancient considering the pace of change at the time) is uncertain, although it did have tons of geek cred, what with its programme-by-switches interface. This advert appeared in the December issue of Popular Electronics, along with its contemporaries the Altair 8800 and 680 The fully-assembled price of $931 equates to nearly £4,000 in 2011 terms - the cost of a reasonable second-hand car.