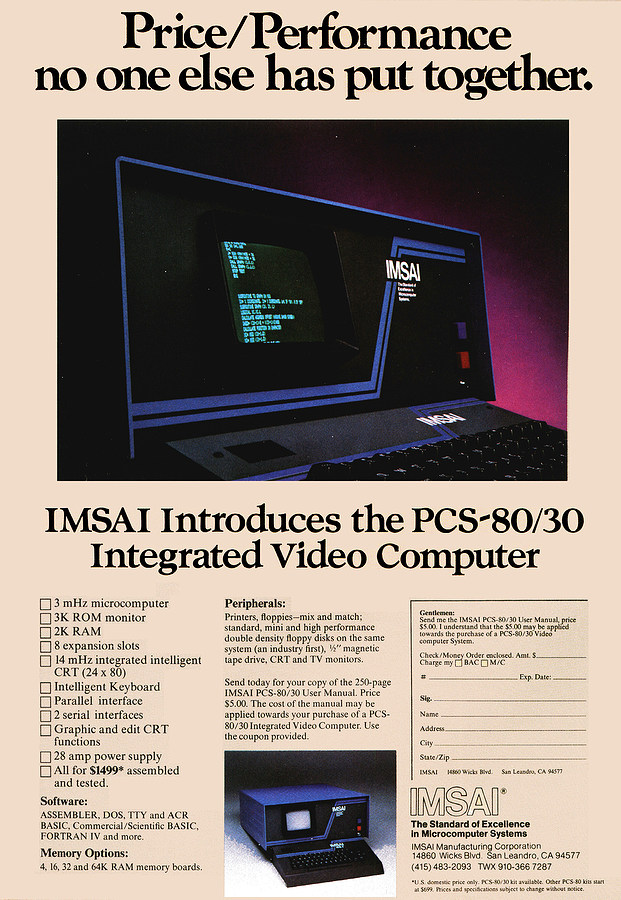 In the UK, by early 1980, IMSAI seemed to have earned a reputation as a poisoned chalice, at least as far as dealerships were concerned. Guy Kewney, writing in February 1980's issue of Personal Computer World, mentioned that the closure of micro dealers Corner Store bought up to three the number of high-profile IMSAI dealers that had failed to make a profit handling that franchise[1]. This included the formerly-profitable Comart distribution chain, often seen in adverts of this era.