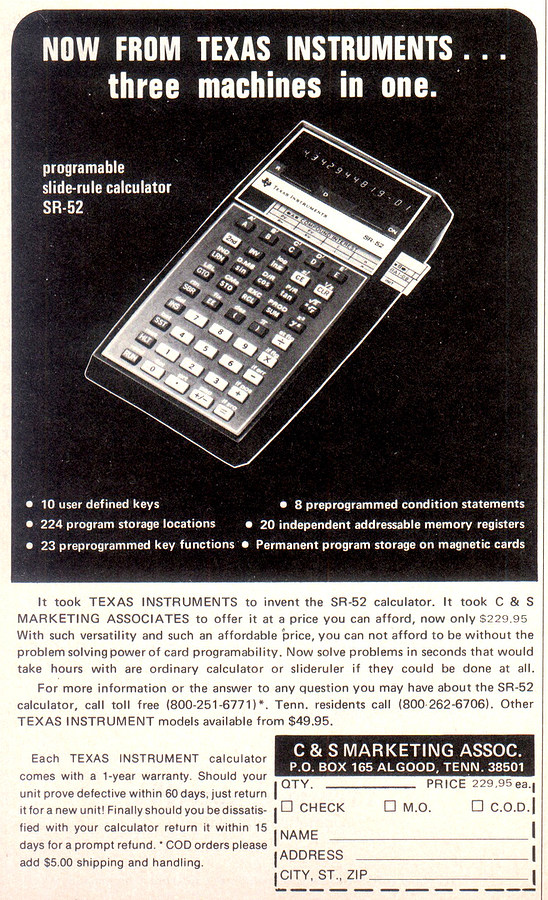 Now from Texas Instruments - three machines in one 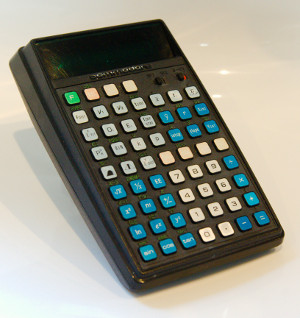 Commodore's S61 "Button Monster" calculator, with no fewer than 60 separate keysTI had, however, developed the first prototype hand-held calculator - the "Cal Tech" - in 1967[2], but despite their early start they didn't actually produce a commercial calculator until the launch of the SR-10 in 1973. By selling their calculator for less than it cost other manufactures to buy the components, they kicked off a brutal price war in the calculator industry, a move which prompted Jack Tramiel of Commodore, which had been making calculators since 1971 and had become famous for their "button monsters", to buy their existing supplier - MOS Technology in 1976 (not to be confused with Mostek, another calculator IC supplier and inventor of the first "calculator on a chip", the MK6010). Tramiel saw the vertical integration which TI had, of making the calculator as well as the chips inside, as crucial to Commodore's survival. Indeed, very few other calculator manufacturers of the era survived[3] - those that did tended to either specialise in high-end devices (like HP) or simply moved on, like Commodore, to other things. However, it took Chuck Peddle, designer of the 6502 processor, to persuade Jack Tramiel that calculators themselves were a dead end and that they should build a real computer around the 6502. The result of this, the Commodore PET, was launched the year after this advert, in 1977, and became the world's first true Personal Computer.

Commodore ended up getting revenge when it targetted TI's TI-99/4A by dropping the price of the VIC-20 in 1983[4], precipitating a price war in the home micro market which decimated TI's financials[5] and eventually forced them to exit the business at the end of 1983.