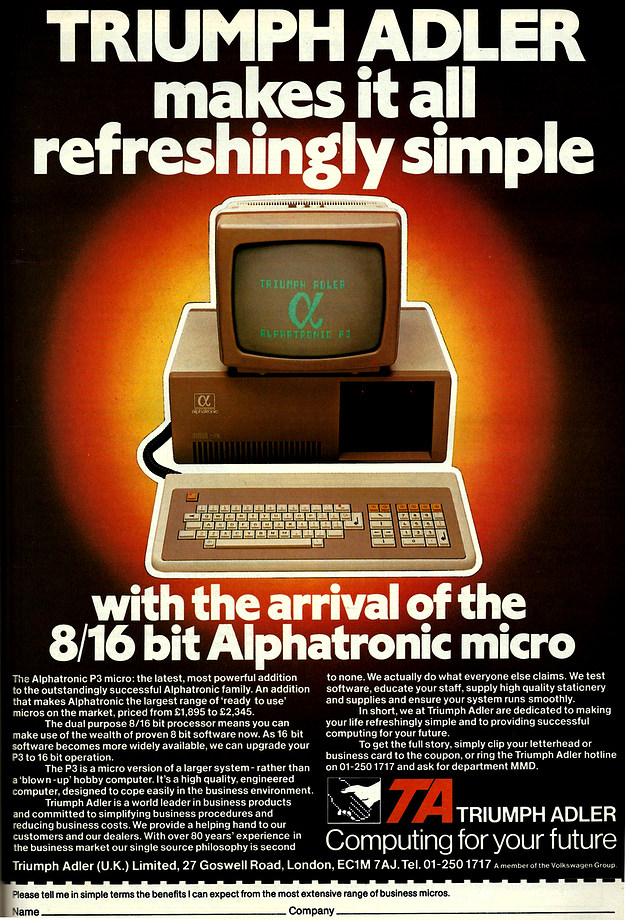 Triumph Adler makes it all refreshingly simple with the Alphatronic micro

Triumph-Adler, originally of Germany, was first bought out by the US Royal Typewriter Co. in 1969 and then, more implausibly, by German car-giant Volkswagen which acquired a majority stake in 1979. Before it was sold on to Italian typewriters-to-computers company Olivetti in 1986, the company launched several computers including this one, the Alphatronic Micro P3 - part of its Alphatronic series. In Europe, the Alphatronic home computer was to be known as the Volksmicro - a kind-of "people's computer". Personal Computer News seemed unimpressed saying that the "unexceptional CP/M machine" had most of the attributes of the original Volkswagen in being "a little on the ugly side, utilitarian and selling relatively cheaply". A spokesman for Triumph Adler UK suggested that the join marketing deal which gave rise to the name "does not currently extend to the UK" and that he saw "no likelihood that it will in future"[1].