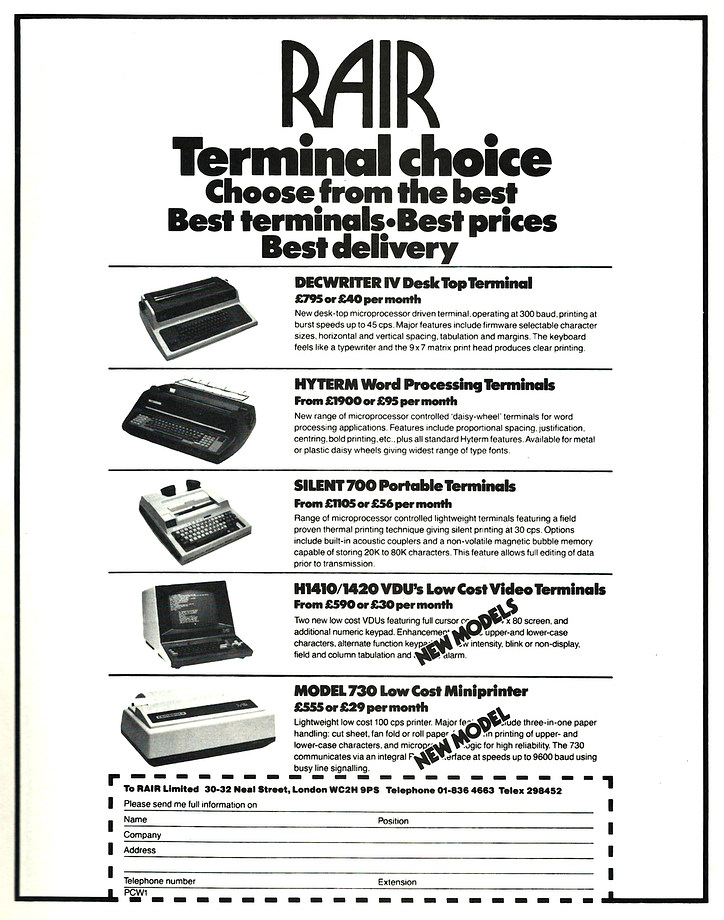 This is an early advert from enigmatic company RAIR. RAIR appeared to have started out, like ACT, as a timesharing bureau as well as a supplier of peripherals and terminals. The company, as RAIR Timesharing, had appeared in September 1979's Personal Computer World Show in London where it had helped to demonstrate early computer telecommunications, with an Apple II on a stand at the show connecting back to its own DEC PDP-11[1].

RAIR's Black Box micro, which eventually became ICL's Personal Computer, was doing the rounds but the company was still showing its legacy as a supplier of terminals and printers. RAIR was well regarded and was for a while the hope of the UK micro industry, until founder Mark Potts took the company down the multi-user route[2].