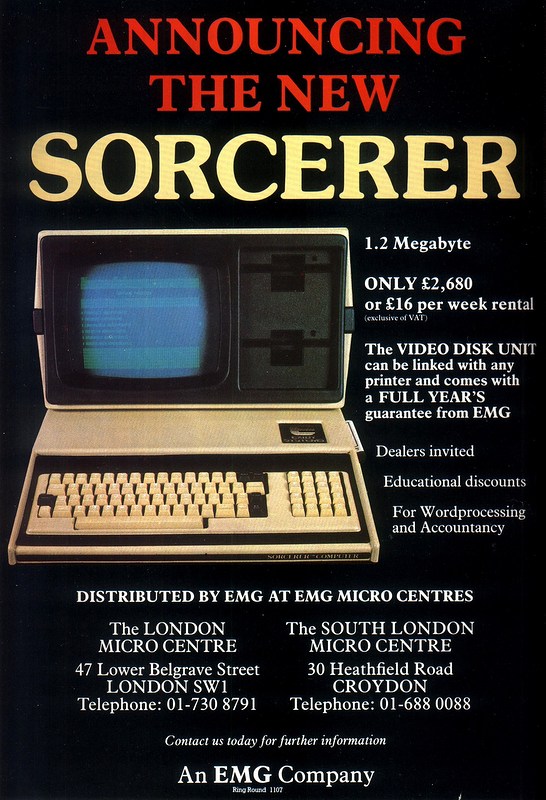 The Sourcerer was originally manufactured by Exidy of Sunnyvale, California, but was cancelled in 1979. It was however popular enough in Europe and ended up being built under licence by CompuData in the Netherlands. CompuData went on to produce the Tulip range of microcomputers and eventually bought the remnants of Commodore, when the legendary VIC-20 and C-64 maker went bankrupt in 1994.

In its US-original guise, it was first produced in 1978 as something of a response to the Commodore PET and the Radio-Shack TRS-80. These were two of the first three complete personal computers that could be simply purchased and turned on without any hassle, but Paul Terrell - the designer of the Sorcerer - felt that there was a place in the market for similar machines but with better graphics. 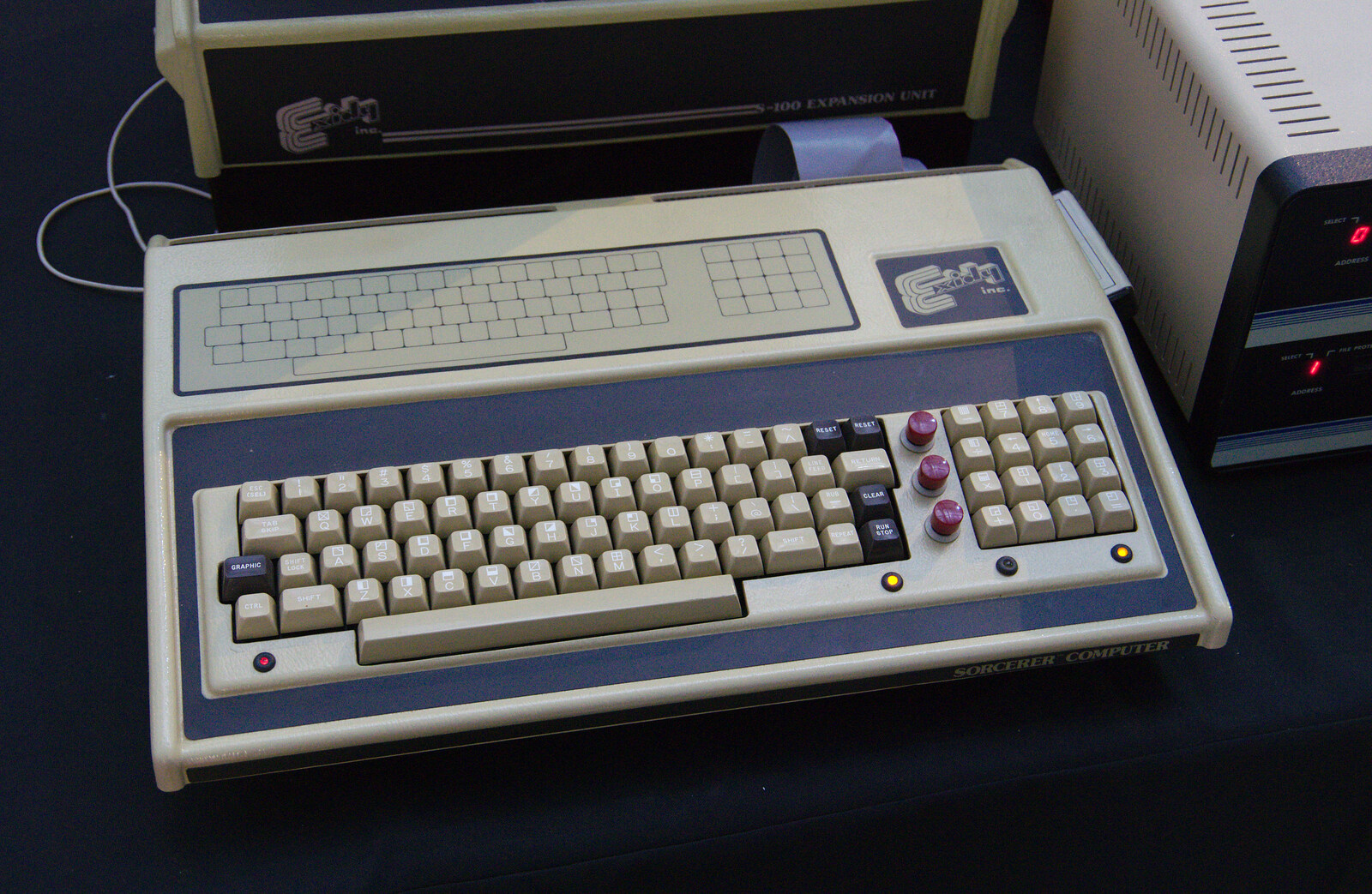 An Exidy Sorceror at the Centre for Computing History in Cambridge, 2019

It was unsuccessful in the US and Exidy stopped producing it shortly afterwards in 1979, however it remained popular in Europe, partly because of a BBC Micro-style launch by a Dutch TV broadcaster, which was why it ended up being produced in the Netherlands until 1983 - the year after this advert came out. The Exidy/CompuData Sourcerer could still be imported in to the UK via Compusoft of Liverpool[1].

The Sourcerer disappeared in the UK shortly afterwards when its distributor, EMG, went bust. It re-appeared in the summer of 1983 when its cause was taken up by Project Control and Management, albeit primarily with a view to supporting existing customers and honouring maintenance contracts[2].