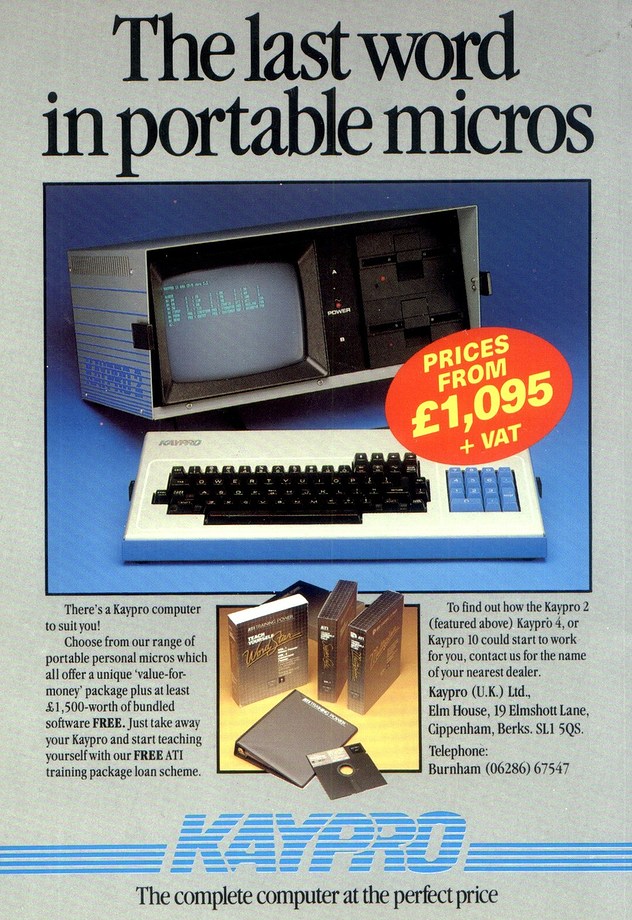 Built by Non-Linear Systems but designed by an out-sourced circuit design consultant[1] as a direct competitor to the Osborne 1, the Kaypro II - Roman-numeralled like the Apple II - was for a while a highly popular machine selling around 10,000 units a month at its peak[2].

It was initially imported and distributed in the UK by CK Computers, in a deal set up by Michael Kilmartin. Kilmartin had achieved some fame previously by setting up the company DRG in order to import the Victor 9000. This caused friction with ACT, which already had an exclusive deal to import the Victor and rebrand it as the ACT Sirius in the UK.

Early on, Kaypro's claims that it was out-selling the Osborne were somewhat controversial, with even Bill Gates of Microsoft stating that "information available to him" didn't support the claim. Presumably this would have been based on royalties received for the ubiquitous MS Basic installed on the machine. 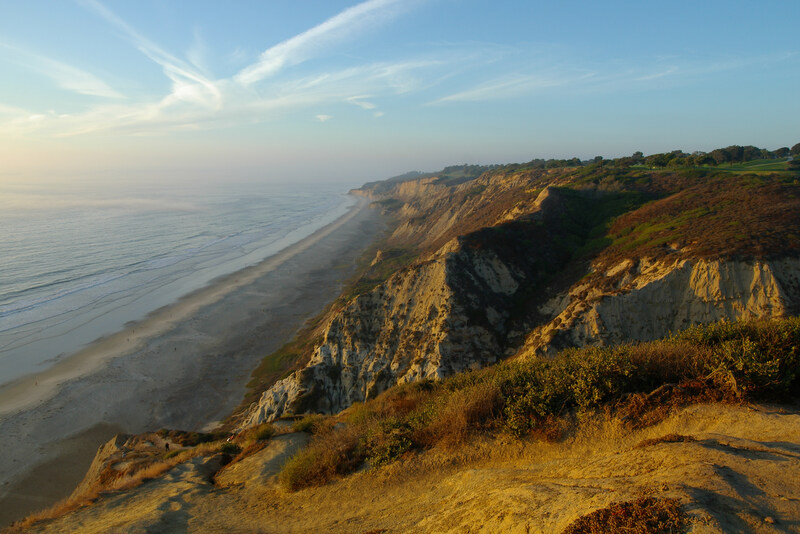 Torrey Pines cliffs, near San Diego, California © nosher.netThe Kaypro had a larger screen than the almost-pointless display on the Osborne, with a 9" green screen - the same size as the original Commodore PETs - and it was cheaper.

In September 1984, Kaypro had just been audited by accountants Peat Marwick, where something surprising had been discovered. Apparently, Kaypro had been so overwhelmed with parts shipments that they had set up an overflow warehouse in the form of a circus Big Top tent, on a bluff overlooking the sea just outside San Diego in California. It was filled with "chips, screens, disk drives and circuit boards" but security was none too tight, and $6 million of the $60 million worth of stock appeared to have been snaffled[3].

The company failed to adapt quickly enough to the coming of the IBM PC, and eventually filed for bankruptcy in 1992. However, that was not a bad run compared to many companies of the era.