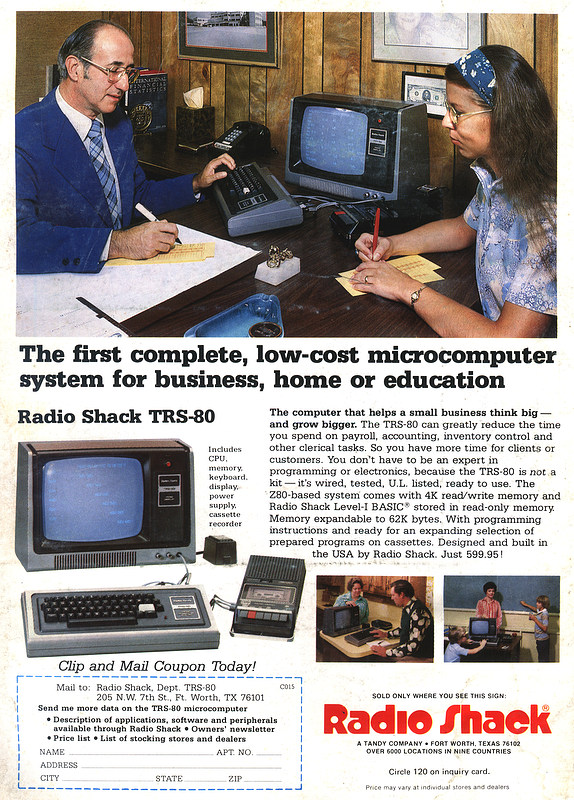 Actually, it wasn't - the Commodore PET was launched several months before the TRS-80 at the January Consumer Electronics Show and as such was the first of the "1997 Trinity" to be revealed to the public. However, the TRS-80, or "Trash 80", was the first to retail in significant numbers and proved quite popular, selling over 100,000 units in its lifetime. It was Z-80 based and had 4K memory as standard, and retailed for $600, or about £2,810 in 2020 terms, making it cheap compared to the Commodore PET and the Apple II. Tandy were a bit like Commodore and Nokia in that they started out as a company doing something completely different, in Tandy's case as a leather goods manufacturer in 1919[1]. This compared to Commodore's 1954 start as a typewriter repair outfit or Nokia's 1865 start as a paper and rubber boots producer[2]. The computer part of Tandy was sold off in 1993, a year before Commodore filed for bankruptcy, and the name disappeared completely in 2000