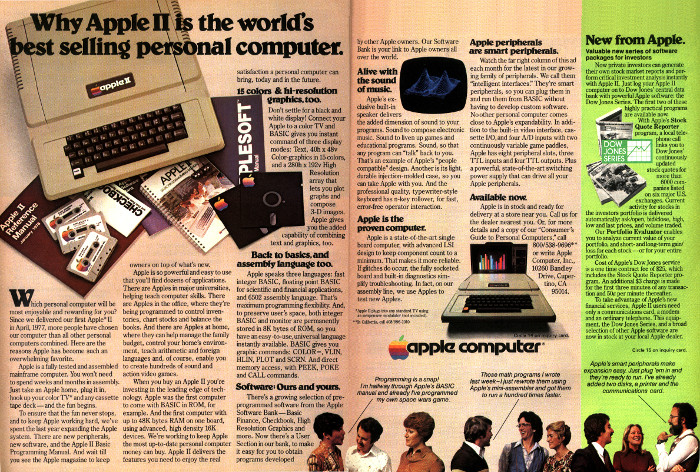 Why Apple II is the world's best selling personal computer

According to The Register, Apple has long since possessed a "reality distortion field", with Steve Jobs being known as "Old Reality Distortion Field, because when he appeared, facts became fallacies and nonsense became accepted dogma". This was according to an overheard conversation from none other than Jeff Raskin, the man credited as the single person most responsible for the design of the later Apple Mac and who was given the 1 millionth machine after it rolled off the production line[1]. And reality distortion certainly seems to be in full effect with this advert claiming, again, that Apple is the best-selling computer around. In 1978, Apple sold 7,600 Apple II's whilst another of the 1977 Trinity, Tandy, shifted 150,000 of its TRS-80[2]. To be fair, the Apple II did eventually outpace both the TRS-80 and Commodore's PET following the release of Visicalc in 1979 and it went on to sell more than 5 million in its various versions.

Anyway, check out the 1970s cocktail-party set at the bottom of the second page.