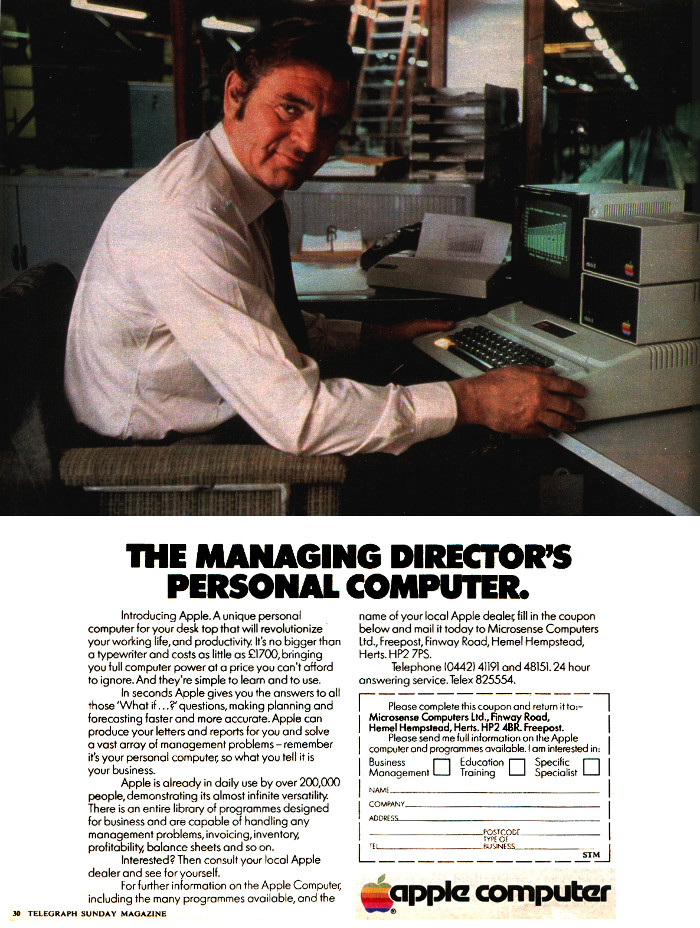 From Apple, an advert for the Apple II - a 6502-based computer that might not have made it - as it was over twice the price of its compatriots - had it not been for the advent of Visicalc. This advert majors on all the stuff that was still quite novel at the time: financials, planning, word processing and the like. Apple's "as little as £1,700" is about £7,120 in 2020 money, whilst the equivalent Commodore PET of the day was about £700.

Although this advert actually doesn't make the claim, many other Apple adverts of the time did: that Apple was the "best-selling micro in the UK". Actually, in 1982, BIS-Pedder (as reported in Personal Computer World's October 1982 issue[1]) published its annual Census of Information Systems in which it summarised the top ten micros by units sold: