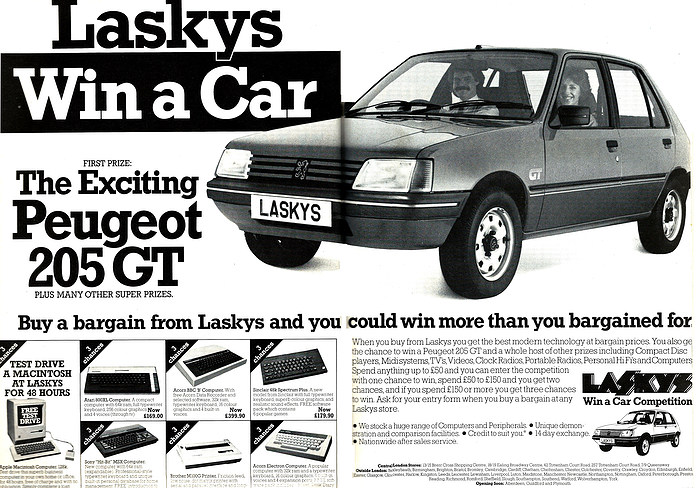 Prior to the spring of 1983, only Lasky's 26 specialist branches had been stocking micros, in the form of Commodore's 64 and VIC-20, the Jupiter Ace, Newbrain, Osborne, Sharp, Lynx, Atari and Apple. From March, however, all of their non-specialist "Twenty 20" branches started selling the VIC-20 plus Atari's 400 and 800, as well as software and peripherals[1]. This was very much a sign that home computers had become mainstream, non-threatening, ubiquitous and commoditised - a situation which would really start to bite the following year as the market reached saturation.