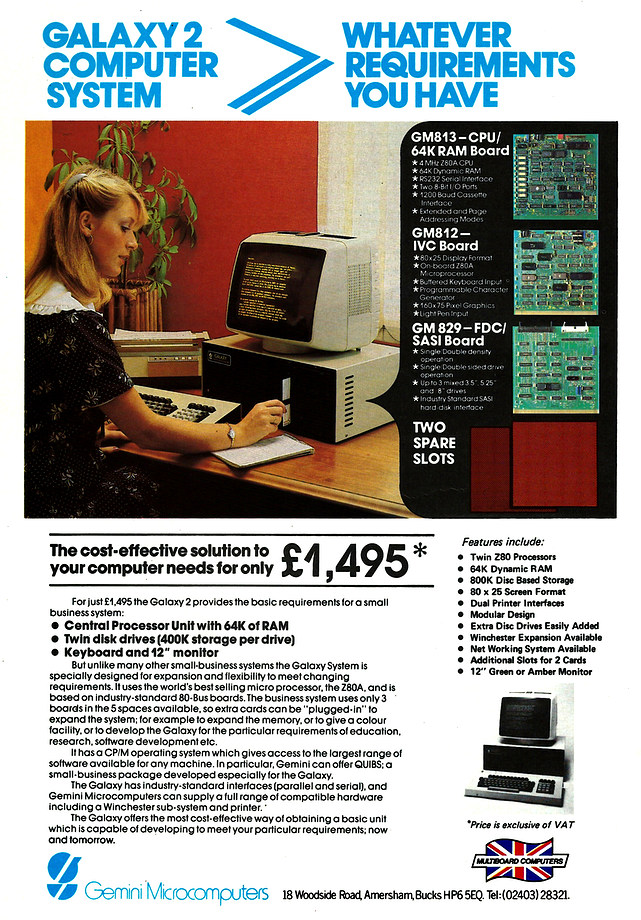 The Galaxy 2 retailed for £1,720 - about £5,920 in 2022 money. The "SASI" mentioned in the advert had been developed by the famous Shugart disk company in 1979. It was the forerunner of SCSI - an interface popular with "more serious" micros.