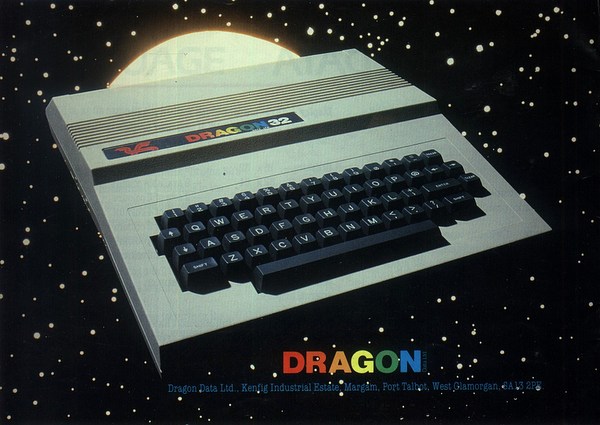 This is a nice A5 landscape booklet, produced as sales material for the Dragon 32 probably around the time that the Dragon was released in August 1982. The Dragon 32 was first announced around June 1982, making this one of the shortest announcements-to-actual-availability of the era, contrasting with delays ranging from months in the case of the Acorn BBC Micro and months for every Sinclair product ever made - the Spectrum took eight weeks from actual launch, not just announcement, to first deliveries[1] - to around two years for the Grundy/Newbury NewBrain and Enterprise Elan.

The Dragon was an 8-bit computer but had some limited 16-bit capability from its Motorola MC6809E microprocessor. More interestingly, as well as the same 6809 processor, it used exactly the same version of Microsoft Extended Color BASIC, stored in the same 16K of ROM, that appeared on the Tandy TRS-80 Colour Computer (Coco) so could even run some Tandy software[2], a situation which nearly came to its rescue a couple of years later.

It had started out as the idea of Mettoy director Tony Clarke, who, thanks to his background as both a management consultant and an electrical engineer, was well-placed to spot the potential of microcomputers. Clarke had started out with an Apple II, and in comparing it with other machines in the market swiftly realised that someone "could do a better job, in terms of value for money". He then got together with an ex-employee of Mettoy, Computer Science PhD Gerry Quick, and between them they formed the basis of what would become the Dragon micro. By September 1981, they had eventually persuaded the Mettoy board to agree to building a prototype, a process which ended up with the company actually holding one of its board meetings at the 1981 Personal Computer World Show, where Mettoy's directors got to see "hundreds of kids hammering away at keyboards programming micros in ways they couldn't begin to comprehend" and were finally convinced. Once the prototype, which was built at the contract research-house PA Technology and Science (PATS) in Cambridge, had been completed by the end of November, the board gave its full agreement and PATS was contracted to engineer the full production run. 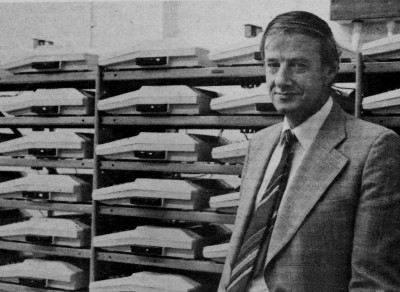 Tony Clarke stands in front of a shelf full of Dragon 32s, © Popular Computing Weekly, November 1982The reason that the Dragon was one of only a handful of micros that appeared when the company selling it said it would was down to Mettoy's background. It had the resources: plastic moulding, machine-tool making, manufacturing capacity and marketing skills, which were normally everything that a nascent computer company lacked. As Clarke said at the time, "Mettoy is a manufacturing company. Its whole life is devoted to production at high volume and [Dragon] just tapped in to that resource. A few thousand Dragons per week really makes very little difference to the plant at Swansea. I suppose Mettoy must be getting on for half a million Corgi toys every week". Besides, it didn't have to worry about assembly of the motherboards as this was being done by Race Electronics of LLantrisant[3], the company which also assembled Acorn's BBC Micro[4].

Upon its release, Popular Computing Weekly suggested that the Dragon 32 might realistically challenge the runaway success that was the ZX Spectrum, with the magazine even suggesting that Clive Sinclair was in danger of becoming The Yesterday Man. The reason for this was not the Dragon's technical superiority, as it reckoned that the Speccy was still better value pound-for-pound, but the fact that the Dragon was actually available in shops, unlike the Spectrum which was still subject to four-month waiting lists. It was also said that the Spectrum's producion difficulties, with ongoing delays and a high return rate from those machines that had actually shipped, weren't exactly helping[5].

Unfortunately for Mettoy, its core toy business had collapsed and it was faced with accumulated losses of £11.5 million by the end of 1982. It was thus forced to sell off its Dragon micro, which was actually its one profitable subsidiary, in order to pay off some of 1982's £2.5 million losses. The Dragon was sold off to a six-partner consortium which included the technology investment arm of the Prudential - Prutech - as well as the Welsh Development Agency, the National Water Council, Dragon's existing directors, who retained 2%, a few other investors and Mettoy itself, which retained 18.61%. The new company - Dragon Data - was hoping for sales of 200,000 computers during 1983, a target which Mattel couldn't hope to support, given its shaky finances. 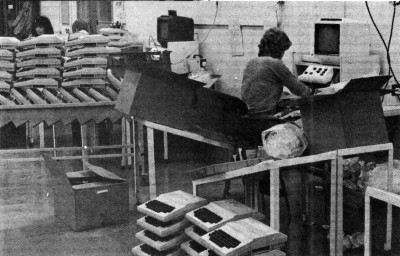 Dragons undergo quality control testing, © Popular Computing Weekly, November 1982Previous MD Tony Clark remained at the helm, although he suggested that Mettoy's continuing involvement in the production of the Dragon 32, where it previously made the machine's cases and looked after assembly and quality control, was not guaranteed as he said darkly "By the middle of next year Dragon hopes to be able to assemble 50% of the printed circuit boards. Mettoy will continue to carry out sub-contract work for us in the forseeable future - providing the price is right". The final assembly of the boards, built by Race Electronics in Llantrisant, and quality control that Mettoy had previously undertaken was already under Dragon's own control. Clark continued "Dragon has had a very substantial influx of cash and we shall be taking a great deal of manufacturing and distribution skills with us from Mettoy". Dragon also moved out of its Mettoy home at Queensway Industrial Estate in Swansea[6] to to premises on the Kenfig Industrial Estate in Port Talbot, which had been provided by the Welsh Development Agency[7].

A 64K model was released in 1983, but neither sold particularly well - the single-channel sound, for instance, did not compare well to other machines already on the market and was said, in Popular Computing Weekly's review of the machine, to be much worse than even the VIC-20[8].