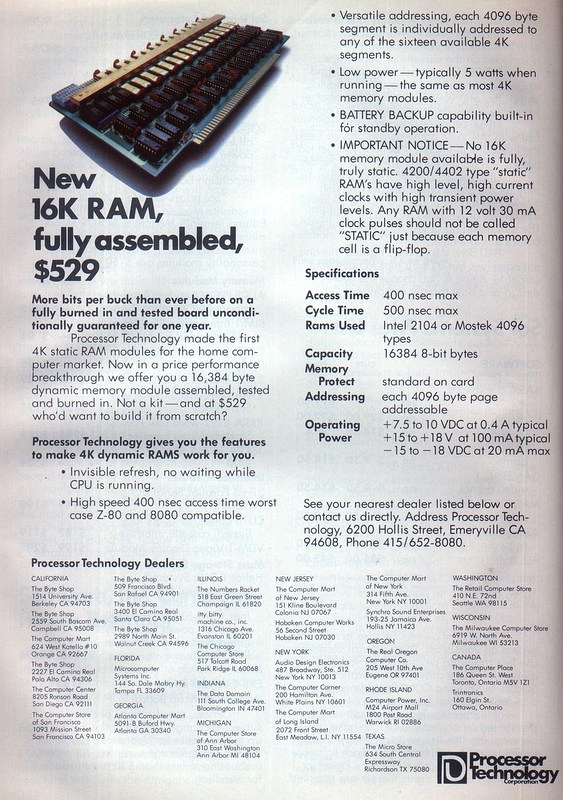 More bits per buck than ever before on a fully burned-in and tested board unconditionally guaranteed for one year, says the advert about what is apparently a breakthrough price for a whole 16 kilobytes of memory. This did indeed compare well to the usual amount of memory available on contemporary systems, like the 8K that came with the Cromemco Z-1, the 2K that came with a SWTPC 6800 or the Commodore PET's 4 or 8K allocation (although these were up to 16 or 32K only a year later).

It's always interesting to compare then and now, and this provides some truly staggering figures when comparing a 1977 16K card retailing for $529 (about £2,470 in 2020 money) to a 2014 4GB memory stick retailing for £20. For one thing, cost per megabyte has fallen 25 million-fold over a thirty-five-year period.