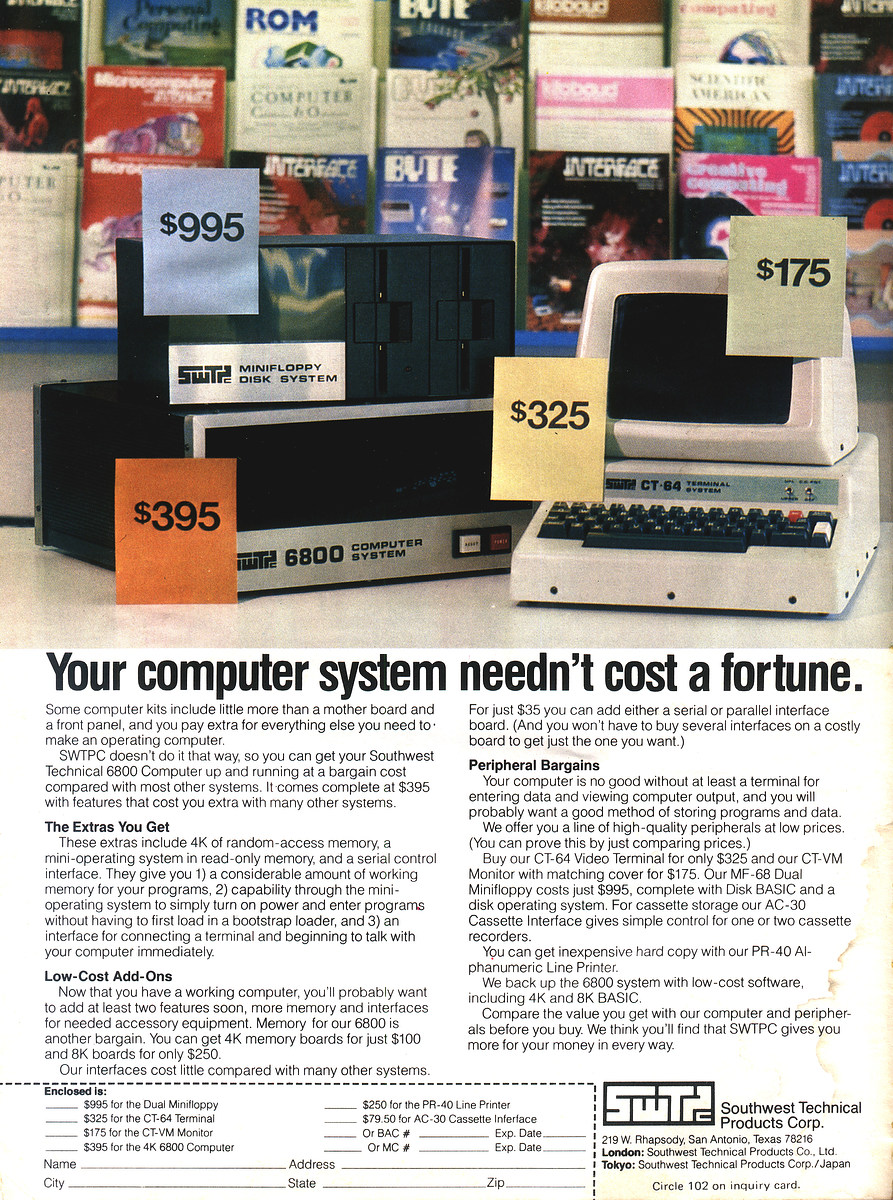 South Western Technical Products Corporation started out as a company producing kits of the projects often printed in electronics magazines of the late 60s and 70s, before branching out into microcomputers. This advert is for their 6800 Computer System, based on the Motorola processor of the same name, together with a terminal, video display and a floppy disk unit. The sibling of the legendary 6502 processor - the 6501 - shared the same pin-out as a Moto 6800 as it had been designed as a cheap drop-in replacement, much to the consternation of Motorola. Note that the cost of the floppy is more than the other components put together - the total was $1890, or about £6,400 in 2011 money. There's a nice bit of (deliberate?) self-referentialism in the advert too, with the magazine it appeared in also appearing in the background of the advert. Wikipedia has more on SWTPC