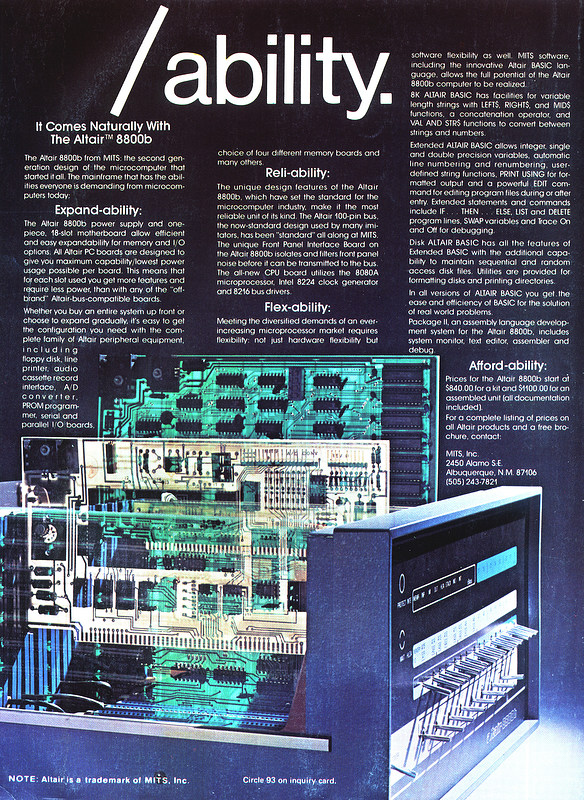 /ability - It Comes Naturally With The Altair 8800b

Another nice advert for the later-model Intel 8080-based Altair 8800b, showing several system boards rising out of its chassis. According to Wikipedia, the Altair 8800 was the machine that Bill Gates and Paul Allen wrote their first BASIC for, after they'd speculatively asked MITS if they needed one. They wrote it, within a month, on a DEC PDP-10 (much of the development of Unix would be done on the PDP-11), and following its success (it worked) they went on to found "Micro-Soft". The rest, as they say, is history. Wikipedia has more