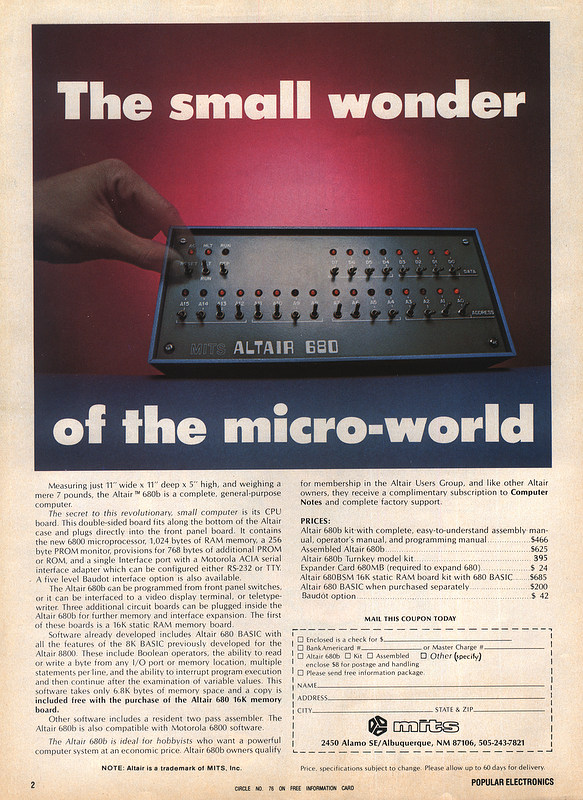 "MITS Altair 680 - The Small Wonder of the Micro-World"

The Altair 680 was a small programmable computer, one of the first three based on the Motorola 6800. This advert appeared in Popular Electronics at the end of 1976, about a year after this computer was first announced (in the same magazine) back in November 1975. See The Computer Closet Collection for more. It retailed for a not-unreasonable $625 plus tax - about £2,800 in 2011 money, although a version with extra memory and a copy of "680 BASIC" was just over double that at around £5,200 (in 2011 terms). MOS Technology's 6501 - the fore-runner to the 6502 - was made to the same pinout spec as the 6800 (it was pitched as a cheaper, drop-in replacement). Even though it was not a copy (its internals were completely different), its external similarities gave Motorola's lawyers something to chew on for ages. Luckily for MOS (and ultimately Commodore), the settlement with Motorola involved them abandoning the 6501, but they were allowed to keep the 6502.